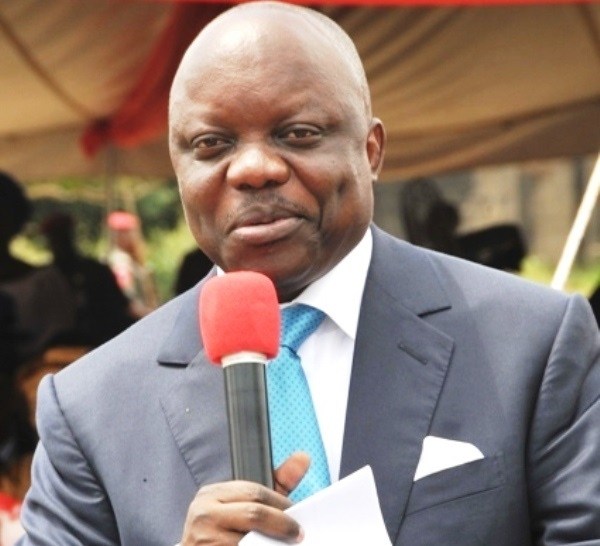 Former Delta State governor, Emmanuel Uduaghan has returned to the Peoples Democratic Party (PDP) in Delta State from APC which he joined ahead of t

PDP, in a statement by the state publicity secretary, Dr Ifeanyi Osuoza, described the move as “timely and a sort of homecoming.”

The former governor, while receiving his PDP membership card at his Unit 1, Ward 6, Abigborodo from ward chairman, Mr Kingsley Ogio in the presence of House of Representatives member, Chief Thomas Ereyitomi, the deputy state chairman of PDP, Val Areyinka, former commissioners in the state, Vincent Uduaghan and Rev Mrs Omashola Williams, said he had returned to join forces to strengthen the party.

Uduaghan, who contested the Delta South Senatorial District seat in the 2019 elections on the platform of the APC, but lost to Senator James Manager of the PDP, said he had tested both parties and had seen the difference, describing his return to the PDP as refreshing

“I am back to join forces with other party greats to strengthen our party. Having tasted the other side, it feels refreshing to be back home.”

It was learnt that Uduaghan attended a series of meetings with a former Governor of the state, James Ibori and Governor Ifeanyi Okowa in Asaba and Oghara to mend fences in the state politics.