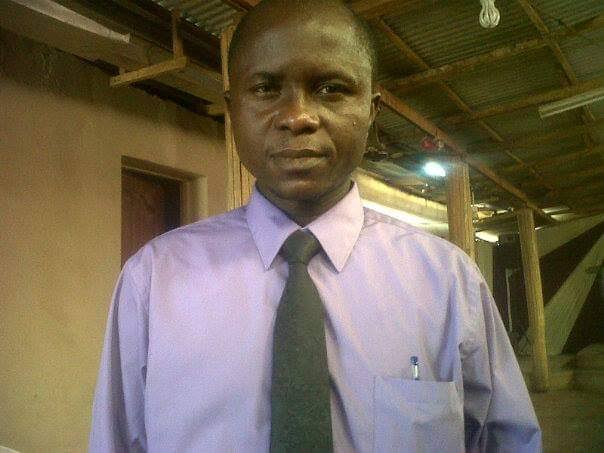 The police in Lagos have arrested a newspaper editor, Dipo Awojobi following a petition alleging defamation of character, the journalist’s wife, Omola

The police in Lagos have arrested a newspaper editor, Dipo Awojobi following a petition alleging defamation of character, the journalist’s wife, Omolara and colleagues have said. According to PREMIUM TIMES, Dipo Awojobi of First Weekly Magazine, an entertainment tabloid publishing out of Lagos, was arrested at about 5:00 p.m. on Thursday.

Mr Awojobi was said to have been moved to Abuja early Friday morning, in a move seen by his colleagues as the latest assault on media practice in Nigeria.
“Journalism will not be subdued in Nigeria. You would expect that the police will know by now that it is unethical and illegal to arrest a journalist over a civil issue that defamation is known to be across the world,” said journalist Malik Ibitoye, a former colleague of Awojide.

The arrest was linked to an alleged corruption story about Olumide Aderinokun, an Ogun State politician and brother of the late Tayo Aderinokun of GTBank. The publication on September 1 said Aderinokun had been under police investigation for bank fraud in excess of N90 million. The report also said Aderinokun, 48, had been previously arraigned for alleged land fraud in Lagos.

Aderinokun, a member of the opposition Peoples Democratic Party who ran unsuccessfully for the House of Representatives in this year’s general election, subsequently drafted a petition to the police over the story, Mrs Awojobi told said, citing what she was told when her husband was arrested. She condemned the manner with which her husband was arrested because it subjected the family to unspeakable trauma.

Mrs Awojobi said she was at her shop in Alimosho, Lagos, on Thursday afternoon when some men called her to get address for a package to be delivered to her from God Is Good, a land-based logistics chain run by God Is Good Motors.
“I told them I was not expecting any delivery from anywhere, but they mentioned my name over and again and insisted that I was the one whose name was on the purported package,” Mrs Awojobi said.

Mrs Awojobi said after calling her husband to inform him about the calls, she gave them her shop address and the men arrived shortly thereafter.
“It was when they arrived that they said a stolen car was registered in my husband’s name and they needed me to follow them to Area ‘F’ Command Headquarters in Ikeja. When we reached there, they detained me and asked me to call my husband who was in Lekki at the time to come to the station,” Mrs Awojobi said.

As soon as Mr Awojobi arrived, he was told a petition from Mr Aderinokun had been pending against him and subsequently arrested. Mrs Awojobi said she was then allowed to go home. But at about 6:00 a.m. today, she received a call from her husband that he was being moved to Abuja by a police team.

Mrs Awojobi’s account of her husband’s arrest matched a growing pattern of security agencies’ crackdown on media practitioners. Several journalists and bloggers have been arrested after being lured by state agents and often on matters that border on defamation of character. Even though criminal defamation has become largely outdated in other parts of the world, it remains in federal and local statutes, a carryover from the colonial era.

In recent years, as online journalism becomes increasingly mainstream, crackdown on practitioners has equally become widespread. Other security and law enforcement agencies, including even the military, have been carrying out direct attacks on journalists. Several journalists remained in custody or making court appearances over criminal defamation instituted by government. In some cases, journalists were charged with treason and terrorism for publishing articles whose subjects deemed unfairly critical.