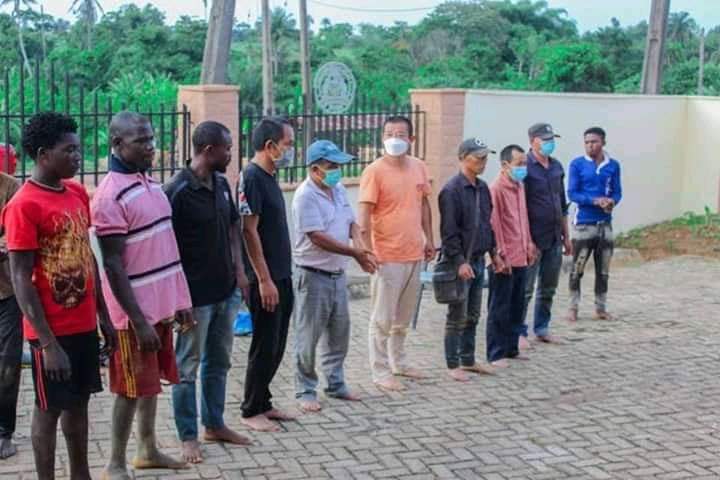 The Minister of Mines and Steel Development, Olamilekan Adegbite has said that the Federal Government is under pressure by some influential godfathers

FG shuts down Chinese supermarket in Abuja over Coronavirus
See the EFCC official who rejected N100m from Chinese nationals to derail an investigation
Chinese, Indian languages compulsory in Ebonyi schools

The Minister of Mines and Steel Development, Olamilekan Adegbite has said that the Federal Government is under pressure by some influential godfathers who he refused to name, to release the Chinese who were arrested for illegal mining in Osun and Zamfara States but that FG has refused to bow to pressure, vowing to prosecute the suspects. ThePunch is reporting.

A steady rise in the value of gold due to the impact of the COVID-19 pandemic on currencies has been linked to the recent spike in illegal gold mining and the Federal Government, which is grappling with challenges arising from the decline in oil price, is determined to capitalise on the country’s gold deposits to shore up its revenue.

“These godfathers were operating with impunity before, but they are now scared because the arrested illegal miners are naming names but they (godfathers) are denying. The Chinese are the main culprits in the illegal mining activities and we are going to meet with the Chinese Embassy. We are going to present all the facts to them so that it will not appear as if we are targeting them unfairly.”

The minister said some state government officials, heads of security agencies, and traditional rulers, were involved in illegal mining.
“There is a particular situation where soldiers in a particular cantonment are aiding illegal miners,” he said.