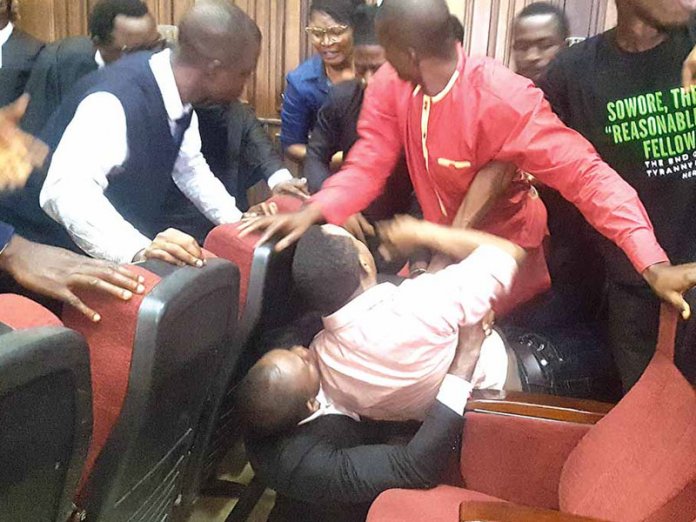 The Attorney General of the Federation and Minister of Justice Abubakar Malami, SAN, has disclosed that the Federal Government has commenced investiga

The Attorney General of the Federation and Minister of Justice Abubakar Malami, SAN, has disclosed that the Federal Government has commenced investigation into the incident that happened between the operatives of the Department of State Service (DSS) and Omoyele Sowore, Convener, #RevolutionNow protest, at the Federal High Court, Abuja.

Recall that the DSS operatives had rearrested Sowore after the court proceeding on Dec. 6. The DSS, in their bid to rearrest the presidential candidate of the African Action Congress in the February 2019 general election, Omoyele Sowore, had invaded the court, during which the judge fled the scene.

Asked if he was worried by the DSS’ conduct, Malami said, “Whatever affects the integrity of the court is a worrisome issue for us. But then, I can never be preemptive of an incident over which I was not a live witness. But one thing I am certain of is that the government has put in place mechanism for investigation of the reported incident. So, I would not like to be preemptive in terms of a conclusion, one way or the other, without allowing the consummation and conclusion of the investigation process.”

Also responding to questions on the matter, he said, “I think it is about commitment to the sanctity of the judiciary and the judicial system.
“As a government, we have established a tradition of respect and interest to the independence of the judiciary.”