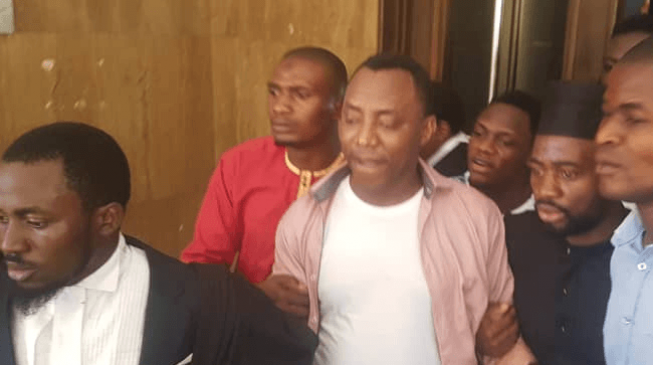 The Committee to Protect Journalists (CPJ) has criticised the federal government over the “restriction placed on the bank account” of Sahara Reporters, an online newspaper owned by Omoyele Sowore, convener of RevolutionNow Movement, who is currently in custody of the Department of State Services (DSS).

CPJ quoted La Keisha Landrum Pierre, Sahara Reporters’ chief operating officer, as saying the newspaper’s account with Guaranty Trust Bank (GTB) was frozen in October without advance notice. She said the account was subject to a government hold and was not able to be operated, which hindered the effective operation of the newspaper.

Pierre also said the website was separately disabled twice due to allegations of copyright infringement, and staff reported cyberattacks and increased surveillance outside their office in Ikeja, Lagos. Senami Kojah, Sahara Reporters news editor, was also quoted as saying three vehicles carrying security officers parked outside the medium’s Lagos office during the period.

Reacting to this, Angela Quintal, CPJ’s Africa programme coordinator, said such “act of intimidation” should not be tolerated. She said the newspaper must be allowed to keep Nigerians informed, adding that such form of harassment should not be condoned.
“Sahara Reporters must be permitted to keep the Nigerian public informed without intimidation. Surveillance, cyberattacks, and copyright notices against Sahara Reporters mark a concerning pattern of interference and harassment of an investigative news outlet,” she said.

Sowore was arrested on August 3 ahead of a nationwide protest against the government. He was charged with treasonable felony, cyberstalking and “insulting the president”. He was earlier released after 124 days in detention but was rearrested less than 24 hours after his release.

The government of the US, where Sahara Reporters has its headquarters, has intervened in the matter, calling on Buhari’s government to abide by the basic tenets of democracy.