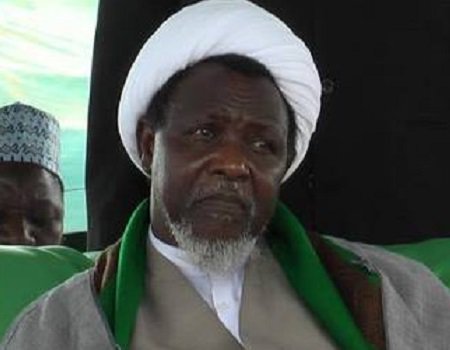 A federal high court in Abuja has declared the Islamic Movement in Nigeria (IMN) a terrorist organisation. The court made the declaration on Friday fo

A federal high court in Abuja has declared the Islamic Movement in Nigeria (IMN) a terrorist organisation. The court made the declaration on Friday following an ex parte application filed by the federal government through the office of the attorney-general of the federation (AGF).

Although, the group was the only respondent to the motion, it was not represented in court on Friday because it was an ex parte application.

IMN members better known as Shi’ites have been involved in clashes with security agencies in recent times. On Monday, Usman Umar, a senior police officer, and Precious Owolabi, a Channels Television reporter, lost their lives when the Shi’ites staged a protest in Abuja. The group also lost some of its members while many of them were arrested.

The IMN members have been asking the government to release Ibraheem el-Zakzaky, their leader, and Zeenatu, his wife, who have both been in custody since 2015. They were arrested after Shi’ites and soldiers clashed in Zaria, Kaduna state.

Nkeonye Maha, a judge, reportedly declared that the activities of the Shi’ites in any part of the country are acts of “terrorism.” Maha ordered the AGF to publish the court order in the official gazette and two newspapers in order to complete the process of banning the group.