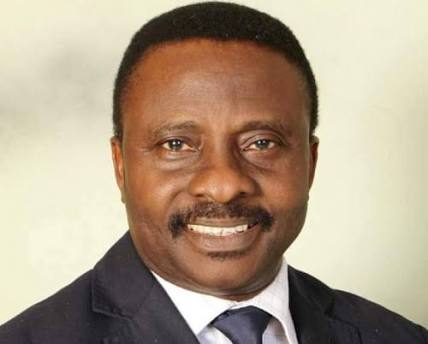 FG colluding with terrorists to exterminate Christians – CAN

Ahmad Salkida, a journalist, who publishes stories about Boko Haram and Islamic State West African Province, tweeted that Andimi was killed on Monday. Salkida wrote, “Reverend Lawan Andimi was beheaded yesterday afternoon (Monday), the video of the appalling execution with that of a soldier was obtained at 2:42pm. I made sure that the family, the authorities and the church were duly informed before the news was put out to the public this morning.”

Spokesman for the President of CAN, Rev. Bayo Oladeji, also confirmed the cleric’s killing. CAN President, Rev. Supo Ayokunle, asked the Church to fast and pray for three days for the country.
In a statement by  the Director, Legal and Public Affairs, CAN, Samuel Kwamkur,  Ayokunle  claimed that  the Federal Government failed to negotiate Andimi’s release despite several appeals.

Ayokunle said, “It is reprehensible and saddening that each time the government comes out to claim the defeat of the insurgency, more of our people are killed. It will be difficult for us to believe that the Federal Government  is not colluding with the insurgents to exterminate Christians in Nigeria bearing in mind the very questionable leadership of the security sector that has been skewed towards a religion and region. Is that lopsidedness not a cover-up for the operation of the insurgency?”

He urged the President, Major General Muhammadu Buhari (retd.), to “purge himself of the allegations of nepotism and religious favouritism by reconstituting the leadership of the security outfits.

Meanwhile, Most Reverend Stephen Mamza, Catholic Bishop of Yola Diocese and state CAN chairman for the state, Christians are not being protected by the government. He lamented that negotiations where still ongoing when his abductors who were not satisfied with the N50m being offered as against  £2m ransom being sought by the group.

He said, “The beheading of Andimi is barbaric. It is saddening that he was executed in the middle of negotiations. Negotiations were still ongoing when they stopped calling. They were offered N50m but they rejected it. They called his wife last week, informing her that they will be beheading him on Saturday, but somehow, they waited till Monday yesterday.

In a statement by its Media Manager, Isa Sanusi, AI said, “It is appalling that Boko Haram followed up the killing of Rev. Lawan Andimi on Monday with an attack on his village in  the Chibok Local Government Area of Borno State. Targeting civilians is a crime under international law. Boko Haram must immediately stop its attacks on civilians. All those responsible for war crimes and other human rights violations and abuses in Nigeria must be brought to justice in a fair trial.”