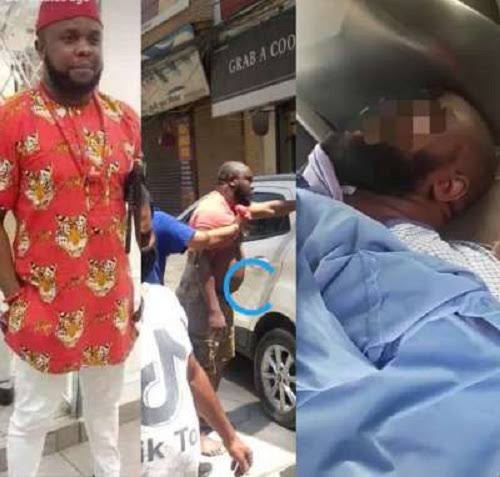 FG asks India to account for Nigerian beaten to death

The Nigerians in Diaspora Commission (NIDCOM) has asked the Indian authorities to account for the death of one of its citizens in India, TheCable is r

The Nigerians in Diaspora Commission (NIDCOM) has asked the Indian authorities to account for the death of one of its citizens in India, TheCable is reporting.

On Thursday, video clips had surfaced on social media of an exhausted Nigerian man being seized by the shirt by an Indian man as others surrounded the duo in what appeared to be a scene of violence. It was gathered that the Nigerian, a businessman who is simply identified as Sunny Mike, was accused of theft. A mob action was reported to have ensued, leading to his death.

Reacting to one of the video clips, Abike Dabiri, chairman of NIDCOM, said the commission has reached out to its mission in Delhi and requested a full investigation on the incident.
“The Nigerian mission in India has reported to the police and has demanded a full investigation on this incident which happened two days ago. We will keep on it and update. Sad!,” Dabiri wrote.

In a statement issued via its Twitter handle, the commission said: “Our attention has been drawn to the above incident of a Nigerian brutally beaten up in Delhi, India. “The Nigerian mission in India is aware and is currently investigating the circumstances. We call on Nigeria Community in India to be calm as the Mission is aware.”

It was gathered that Mike died at the scene on Wednesday, before the arrival of the police and his body was immediately moved to the morgue.