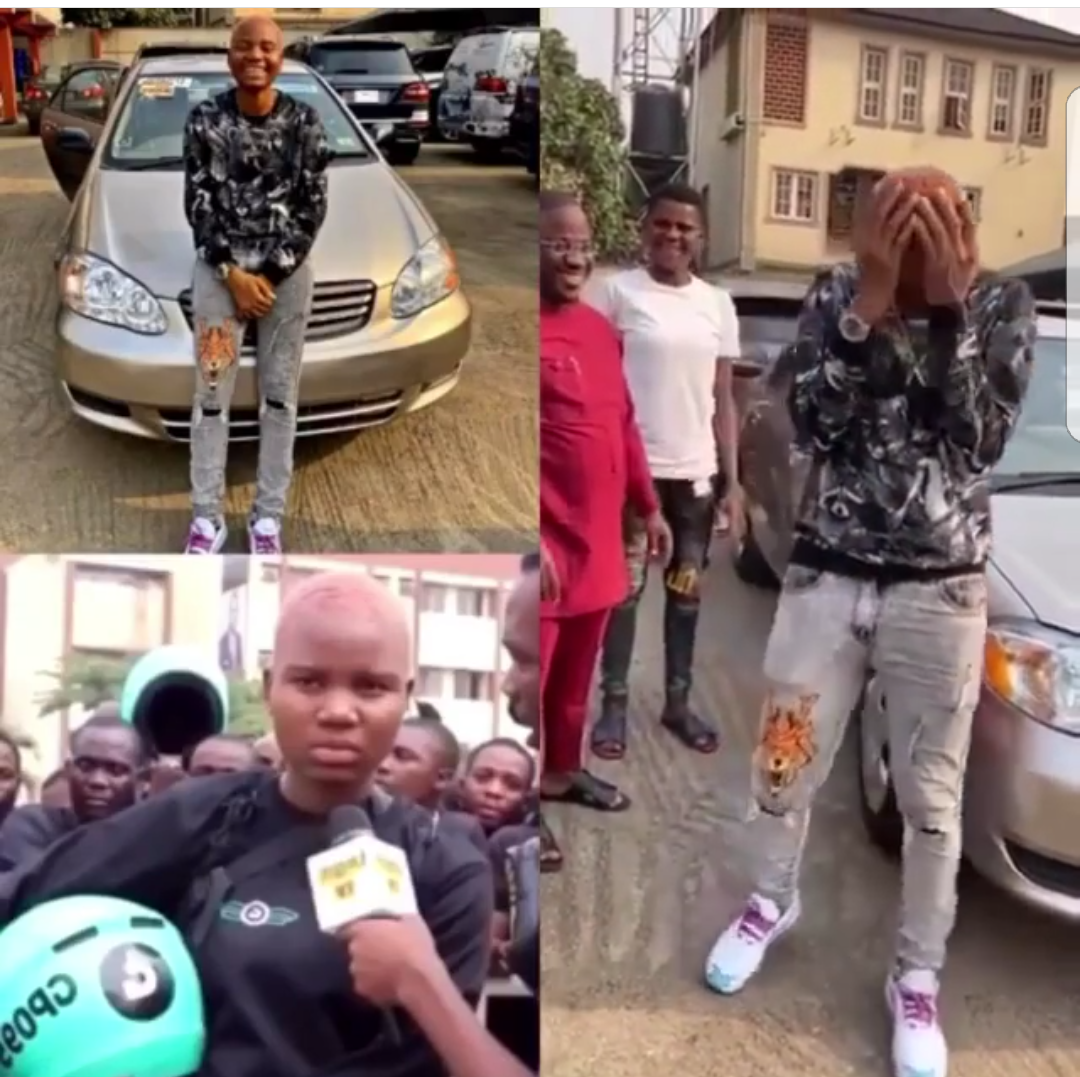 Sandra, the female Gokada rider in a video that went viral last week, has been gifted a Toyota Corolla Saloon car by Kokun foundation.

Last week, following the ban on okada and tricycles, thousands of Gokada riders had converged at Alausa, the seat of power in Lagos to protest the outright ban. In a video of the peaceful protest that went viral, a certain young lady, Sandra who was being interviewed, had pleaded with the Lagos State government to reconsider the ban and have mercy on the riders who used the means of transportation to fend for their families.

The lady had said that it was her inability to prostitute herself that made her become a rider especially because she had worked tirelessly ina place where she was paid N20,000 monthly. But as a rider with Gokada, she makes a minimum of N20,000 daily.

She added further that it is with the proceeds of rides that she uses to fend for her family and put herself through school. She revealed that she was currently on Industrial Attachment having just finished her Ordinary National Diploma, OND. She lamented that with the ban on okada and tricycles, she is at a loss as to what to do to earn a living.

But now, the young lady is now the proud owner of a Toyota Corolla Saloon car, courtesy, Kokun Foundation, a charity organization run by Adepeju Olukokun, a young man in his 30s. Adepeju’s foundation is noted for many uncountable charitable works with celebrities giving of their time and resources to help him in furtherance of his cause to help humanity.