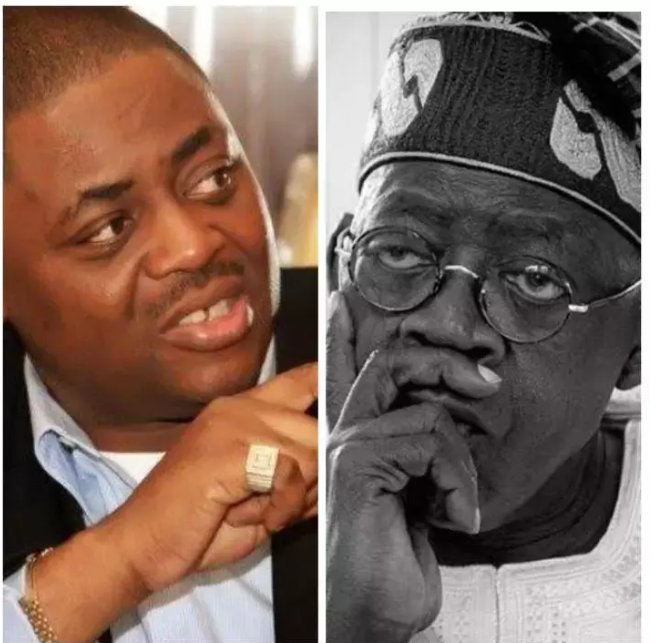 A former Minister of Aviation, Femi Fani-Kayode, has slammed All Progressives Congress stalwart, Bola Tinubu, for saying the protesters who ca

A former Minister of Aviation, Femi Fani-Kayode, has slammed All Progressives Congress stalwart, Bola Tinubu, for saying the protesters who came under heavy gunfire from soldiers had questions to answer.

The former minister in a Facebook post said it was disappointing that Tinubu, who is a former Governor of Lagos State, would seek to shift the blame on the victim rather than the attackers.

He wrote, “Sadly, instead of exhibiting any remorse or displaying any regret for this abominable atrocity, with a sheepish smile and a sneering and jocular tone, you had the sheer nerve and effrontery to say nothing other than that you are still the Asiwaju of Lagos and the Jagaban?

“Yet, what was even worse than this and what shocked and astounded all right-thinking people all the more was that you had the temerity to go on even further to say that the ‘casualties at the Lekki shooting have some questions to answer!’ You then asked, ‘how are they there?’ “how long were they there?’ And “what kind of characters were they?” How cruel can you be? Not a word of condolence or expression of commiseration to the families of the dead but instead you offered stupid questions and baseless accusations against their wards and children.”

Fani-Kayode recalled that when the daughter of Afenifere chieftain, Reuben Fasoranti, was killed last year, rather than condemn the alleged perpetrators, Tinubu decided to defend herdsmen who had been accused of perpetrating the act. He said he regretted supporting Tinubu in the past.

The former minister described Tinubu as one blinded by ambition and was ready to compromise anything to get it. Fani-Kayode wrote, “You only harbour love, which borders on obsession, for your vain and lofty ambition to rule Nigeria and trust me when I tell you that this will never happen.”