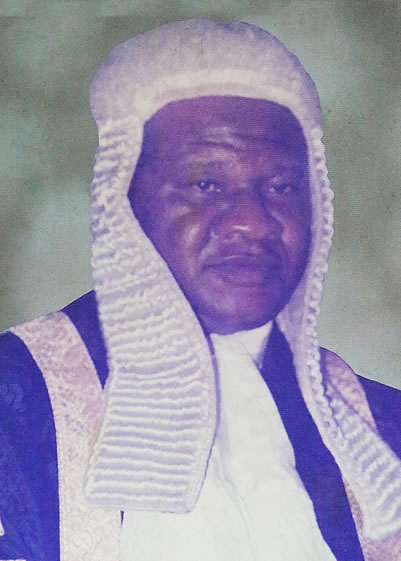 A former Speaker of Lagos State House of Assembly, Jokotola Pelumi, was on Tuesday in Lagos arraigned for allegedly receiving into his home, Adekunle

A former Speaker of Lagos State House of Assembly, Jokotola Pelumi, was on Tuesday in Lagos arraigned for allegedly receiving into his home, Adekunle Dabiri, who was alleged to have murdered a Deputy Superintendent of Police. The 59-year-old Pelumi, a lawyer, was brought before an Ebute Meta Chief Magistrates’ Court on a charge of receiving a murder suspect and also aiding his escape.

Jokotola Pelumi who called the shots as speaker under the second tenure of former Lagos governor, Bola Tinubu. Pelumi was impeached on December 29, 2005, pleaded not guilty to the charge.

According to Police Prosecutor J.I. Eboseremen, the former speaker committed the offence on October 27 at Agbowa near Ikorodu in Lagos. He alleged that the accused had received Adekunle Dabiri into his home after he allegedly murdered Akingboju Akindele, a DSP. He said the accused also aided the escape of Dabiri from the hands of the police. The offence contravened Section 231 of the Criminal Law of Lagos State, 2015.

While granting Pelumi bail in the sum of N1 million, Chief Magistrate A.O. Adedayo said he should also produce two responsible sureties in like sum. She said one of the sureties should be a member of the State House of Assembly and adjourned the case until November 26th for mention.