After many years in oblivion, Francis Atuche, former flamboyant MD of defunct Bank PHB formerly known as Platinum Habib Bank, feted family and friends to an elaborate traditional marriage ceremony for his son, Anthony who got married on Monday December 23rd to his heartthrob, Adesekemi Aderemi.

Adesekemi of a royal lineage, is the daughter to Prince Adedamola Aderemi and Princess Olukemi Aderemi. She is a descendant of the late Ooni of Ife and first Black Governor, Oba Adesoji Aderemi, and Premier of Western Nigeria and  Balogun of Owu, Alhaji Dauda Adegbenro, on the paternal side, and erudite and eminent school principal and one of Nigeria’s pioneer Ambassadors, A B O Oyediran and the Premier of Western Nigeria and Vice Chairman of the Federal Executive Council under General Yakubu Gowon, the late sage, Chief Obafemi Awolowo on the maternal side.

The ceremony which took place at the prestigious and discreet Campbell Event Centre on Campbell Street, Lagos Island, was nothing short of classy, glamorous and tasteful.
While Adesekemi, a law graduate of Oxford University, Anthony whose mother once ruled the social scene, attended the prestigious Imperial College London.

Francis Atuche is now a property magnate and together with his wife, runs a departmental store chain. 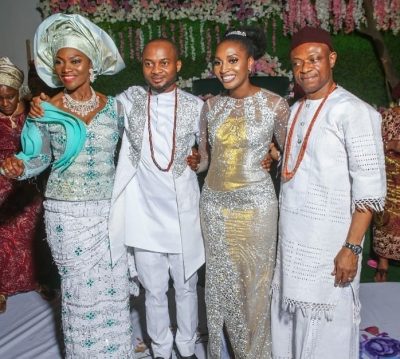 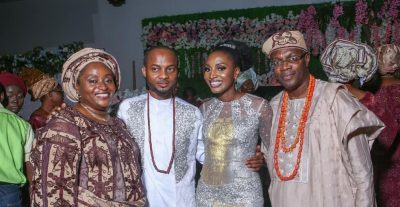 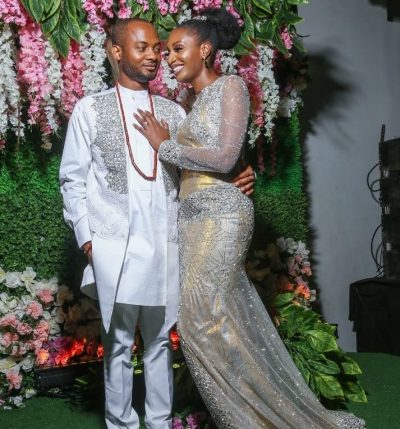