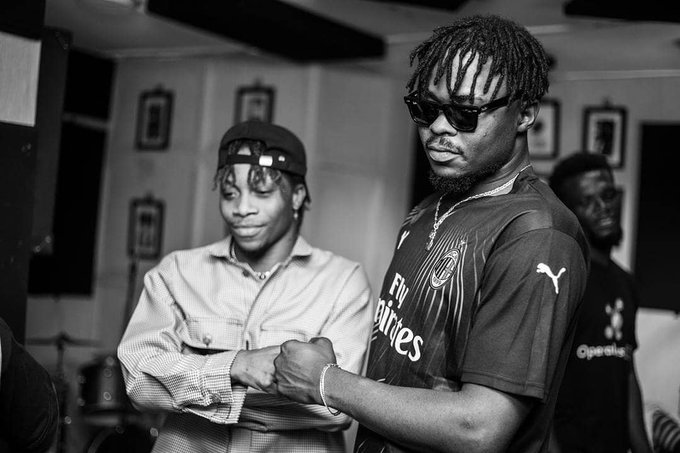 Popular singer, Oxlade has said that his manager, Ojah B, who was tortured and unlawfully arrested by the police during the #EndSars protests in

Popular singer, Oxlade has said that his manager, Ojah B, who was tortured and unlawfully arrested by the police during the #EndSars protests in Ojuelegba/Surulere on Monday, has sustained a brain injury.

The 23-year-old music star revealed this on Twitter when he posted a picture of the CT scan report of his manager whose real name is Ojabodu Ademola. The test results revealed that he has been diagnosed with cerebral edema.

“My brother has a swelling in his brain and he can’t control his fingers, thanks to the Nigerian Police. Thank you Nigerian government for failing the youth,’’ Oxlade’s tweet read.

Cerebral Edema, according to Medical News Today, is when fluid builds up around the brain, causing an increase in pressure known as intracranial pressure. Cerebral edema can cause irreversible damage and, in some cases, be fatal.

Oxlade, who is known for his 2020 hit, ‘Away’, was at the forefront of the protest in Ojuelegba/Surulere on Monday.

Videos emerged on Twitter showing police officers assaulting and brutalising the singer and his manager on the streets of Surulere. In the video, Oxlade’s manager could be seen being dragged on the ground by the police.

Ojah B was freed from police detention on Monday night following the intervention of the Speaker of the House of Representatives, Femi Gbajabiamila, and a member of the Lagos State House of Assembly representing Surulere, Desmond Elliot.