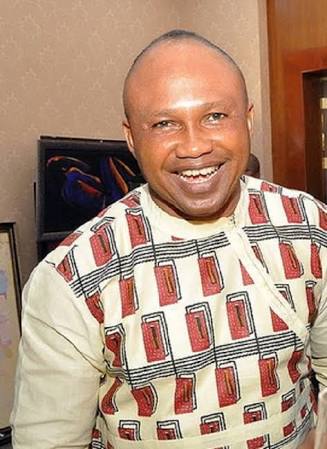 Paul Obazele has warned that President Muhammadu Buhari’s silence on the protest against police brutality in the country is going too far. Th

Paul Obazele has warned that President Muhammadu Buhari’s silence on the protest against police brutality in the country is going too far.

The veteran actor who joined a group of mothers to protest the killing of their children by operatives of the special anti-robbery squad (SARS) in Surulere, Lagos said,
“What is happening right now is that a group of women lost their sons and daughters to the brutality and senseless killings of some people called SARS. I do not know who empowered them,” he said while holding up a placard.

“But today they have come out. This should be a clarion call to every mother and father to come and support the movement. By this time, I expect the president of the Federal Republic of Nigeria to give us a broadcast. It is going too far and becoming too long. His silence; first speech is not acceptable for Nigerians. It is not acceptable for mothers, parents, and the teeming youths you’re seeing. The youths have a destiny. We’ve eluded them of it. Give them a sense of belonging. Say what they want to hear.”

Obazele explained that a revolution no Nigerian can escape is underway and charged political elites to deploy the power of their mandates towards the fight for a new Nigeria.
“We have 774 LGAs in this country and two constituencies in this place. We have people elected into the house of assembly. Where are these people meant to represent the people?” the actor asked.

“We have blood running through our veins and they’re ignoring us. It’s totally wrong. If the revolution starts today, where are they all going to run to? Today we say EndSARS. Let the president talk to us. The time has come for a new Nigeria.”