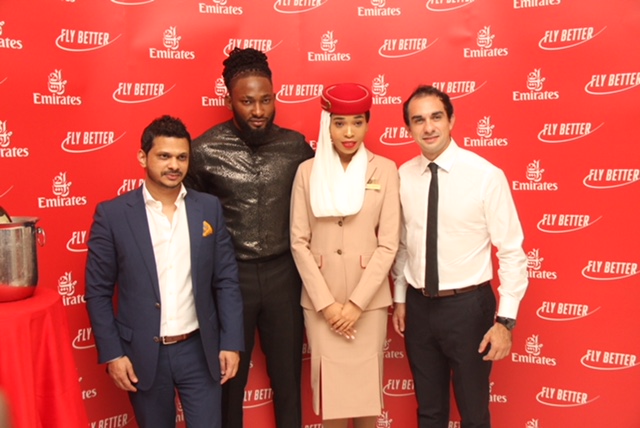 Emirates, the world’s largest international airline, uncorked its finest wines at an event in Lagos, Nigeria to highlight its First and Business Class

Belvedere Vodka x Hans & Rene ice-cream host Lagos to another edition of ‘After Dark’
Moet & Chandon returns with the Art of the Fête
Aphrodisiacs: Foods to boost your sex life

Emirates, the world’s largest international airline, uncorked its finest wines at an event in Lagos, Nigeria to highlight its First and Business Class wine selection on board. It was the first of its kind in the highly valuable Nigerian market.

Emirates invested US$ 1 billion on its wine programme since 2006, working directly with top vineyards around the world. Each year, 2.2 million bottles of wine are consumed in First and Business Class and 2.6 million bottles in Economy Class.

On board Emirates, 54% of the wine and champagne is consumed in Economy class, 40% is in Business class and 6% in First class. Bordeaux is the most consumed red wine in First and Business Class, at 58%.

“Our aim is to provide the best experience for our customers and our curated wine programme is reflective of that promise. We have a strong team of wine connoisseurs who build relationships with the world’s most prestigious vineyards, then handpick and secure the most exclusive and rare wines to pair with our food menu, for our customers.”, said Afzal Parambil, Emirates Regional Manager for West Africa.

“We serve 80 different champagnes, wines and ports on our flights daily sourced from 12 countries. We also offer over 30 spirits, aperitifs and liqueurs and 14 cocktails to our passengers across our network, including Lagos and Abuja.” he added.

At the heart of Emirates’ wine strategy is its unique approach to purchasing exceptional Bordeaux wines en primeur, years before they are released to the market, and then allowing these vintages to mature and reach their potential before serving on board. The Emirates wine cellar in Burgundy France, currently stores 7.4 million bottles of wine – some of which will only be served in 2037. 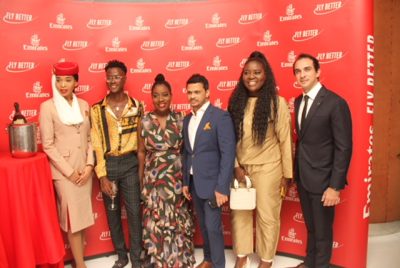 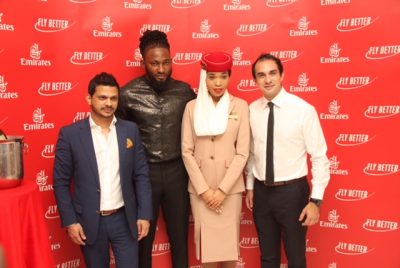