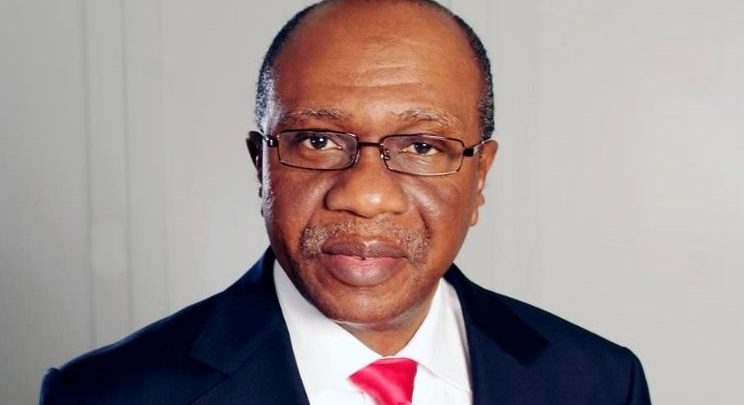 The Central Bank of Nigeria (CBN) has said that the integrity of its Governor, Godwin Emefiele remains unassailable in the light of a recently leaked

The Central Bank of Nigeria (CBN) has said that the integrity of its Governor, Godwin Emefiele remains unassailable in the light of a recently leaked audio tape conversation in which the CBN governor is heard discussing how himself, his deputy, Edward Lametek Adamu alongside the director for finance in the apex bank, Dayo M. Arowosegbe as well as a special adviser to the CBN governor, Emmanuel Ukeje, were discussing on how to cover up the loss of over N500billion stolen from the CBN in a private investment that flopped.

The apex bank in a statement by its Director, Corporate Communications, Isaac Okorafor said that the use of selective wire-taped conversations of its management, to malign Emefiele’s character and integrity will not stand. Okoroafor in the statement denied that the conversation which was released by an online news platform was about a fraudulent transaction.

“The purported audio recording of selective conversations amongst the Governor, Deputy Governor and some Senior Officials. Contrary to the headline-grabbing narrative that the discussion was about a fraudulent transaction, this conversation – the beginnings of which was omitted to create a different impression – was simply to proffer solutions to a misunderstanding that affected the Bank’s balance sheet. The integrity of the CBN Governor remains unassailable.  He has no account in Dubai or anywhere in the world and would never convert the funds of CBN for personal use,” the statement read in part.

He also described the leaked audio tape conversation as false and misleading, denying any fraudulent transactions of missing N500 billion. CBN’s spokesman explained that that the misleading audio relates to the meeting of its top officials on reconciliation of balance sheet items and part of regular conversations.
“The Bank provided about N650 billion in loans at 9% with a two-year grace period to 35 States of the Federation. These monies were distributed to the States monthly with documented approval of the Federal Ministry of Finance and the Presidency,” Okoroafor added.

The bank noted that the bailout was erroneously classified by external auditors as bad loans, stressing that Ministry of Finance and CBN gave comfort to auditors in writing that these monies would be repaid. Accordingly, CBN vowed to pursue every legal means to bring the perpetrators to justice.