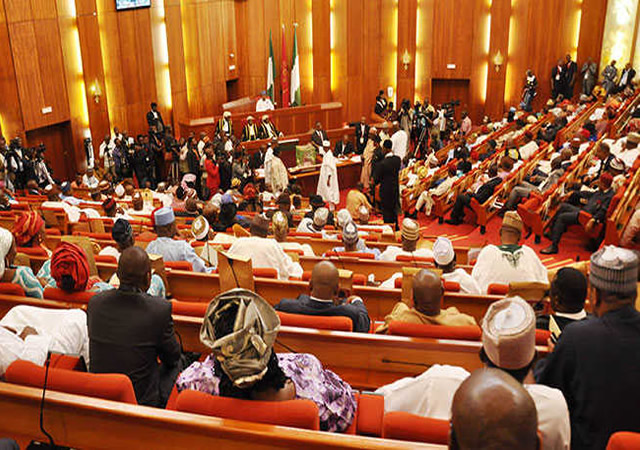 If things go well, Nigerians may well be the first African nation to introduce electronic voting in elections as the Electoral Act Amendment Bill 2019

Reps move to bar 70-year old from vying for elective offices
How people are making extra cash with GTBank Make Money
Xenophobia: My country has no provision for compensation – South Africa minister

The bill, which has 26 clauses and co-sponsored by Senator Abubakar Kyari, seeks to amend the Electoral Act to strengthen and protect Nigeria’s democracy, as well as cure specific mischiefs plaguing the nation’s elections and electoral processes.

Leading the debate on the bill, Omo-Agege said though the process under the Eighth Senate was fraught with mutual suspicions and bitterness, electoral reform for the Ninth National Assembly remains a priority in its legislative agenda. He added that the bill to amend the Electoral Act seeks to enact a new Section 87 on the Nomination of Candidates by Parties for Elections by prescribing maximum fees payable by aspirants and restricting nomination criteria strictly to relevant provisions.

The bill, according to him, also seeks to make clarification under Section 38(1)(a) of the principal Act which states that “a person shall be deemed to be qualified for an elective office and his election shall not be questioned on grounds of qualification if, with respect to the particular election in question, he meets the applicable requirements of Sections 65, 107, 137 or 182 of the Constitution of the Federal Republic of Nigeria, 1999.”

“In compliance with Order 77(3) of our Standing Rules, I state that this bill has no financial implications. Accordingly, there is no accompanying financial compendium. For the greater good of this great republic, I hereby humbly move for the second reading of this bill to be taken.”

The bill also compelled INEC to operate an electronic database into which all results in an election should be transmitted. It also stipulates that data of accredited voters must be transmitted to the central data base upon the conclusion of the accreditation of voters, which would be done through the use of the card reader. It prevents INEC from shutting down the central data base until all petitions arising from the elections are determined by a tribunal or court.

Senate President, Dr. Ahmad Lawan, after the general debate on the bill, referred it to the Senate Committee on INEC headed by Senator Kabiru Gaya for further legislative work within one week.

The Eighth National Assembly had attempted to amend the law but failed to get the presidential approval at the end of the day.