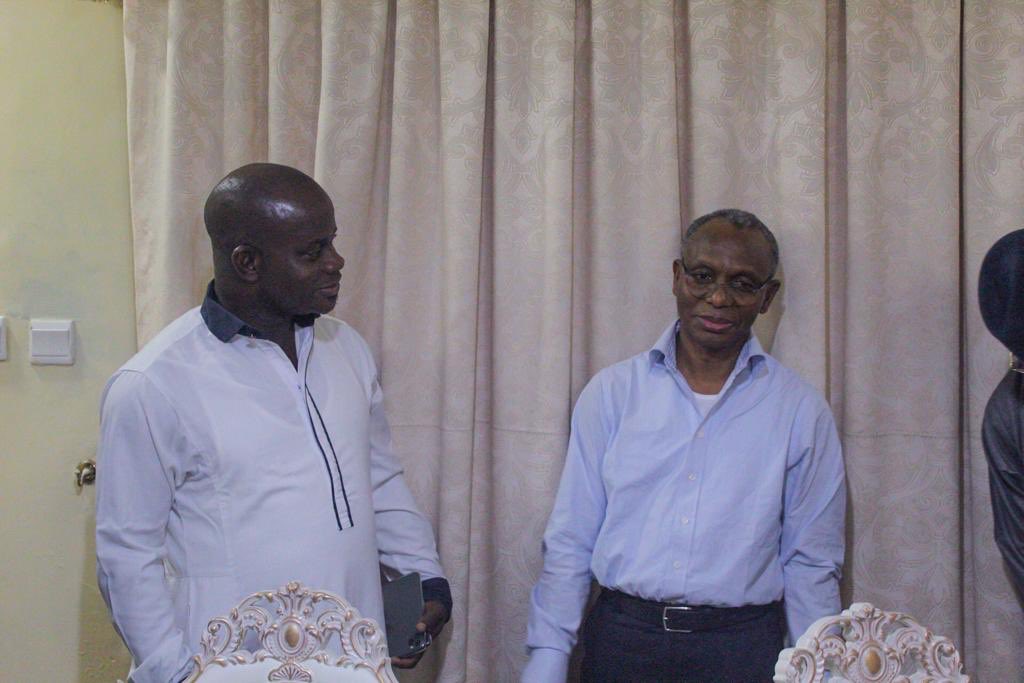 Governor Nasir el-Rufai of Kaduna State on Thursday went on bended knees before the people of Kogi State, asking them to forgive Governor Yahaya Bello

Governor Nasir el-Rufai of Kaduna State on Thursday went on bended knees before the people of Kogi State, asking them to forgive Governor Yahaya Bello for any wrong he had done. The Deputy Governor of Edo State, Philip Shaibu, also  went down on his knees next to el-Rufai. However, Bello did not join them in kneeling down.

El-Rufai, while addressing a crowd at the All Progressives Congress rally in Lokoja, noted that Bello was young when he became governor and had made many mistakes. The Kaduna governor, however, said Bello had since retraced his steps.

He said, “Many people say Yahaya Bello is young; that he has fought many people. For every one that the governor has offended, I’m asking all of you to forgive him. He is young; he is supposed to make mistakes. When you are young, you make mistakes but you learn from them.

“He has cleared salary arrears that he inherited from previous governments. You must all come out to support him. I beg you all. Let us make history. The Late Prince Audu did everything to bring progress to this state. Let us not dishonour his memory by allowing PDP to return to Lugard House.”

He said the Peoples Democratic Party did nothing in the state during its 13-year rule. He, therefore, declared the opposition party dead. El-Rufai added, “In the last four years, the progress recorded by Governor Yahaya Bello in the last four years is more than what the PDP has tried to do in 13 years.”