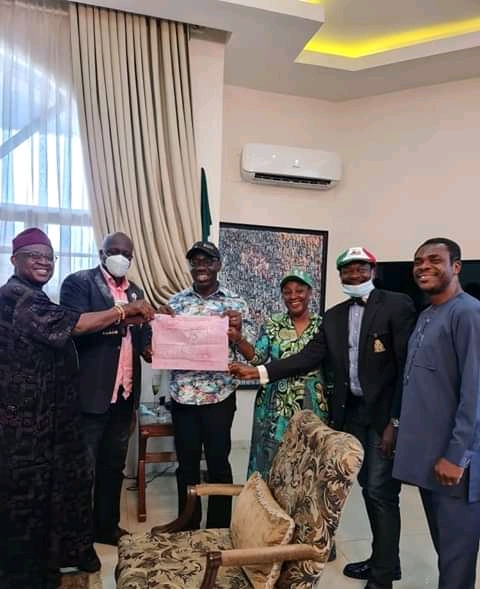 The campaign team of the All Progressives Party (APC) in Edo State has accused the Peoples Democratic Party (PDP) and its candidate of rigging Saturday’s governorship election. The party called on its members to stay calm while party leaders study the result and decide what is next.

This came just as Governor Godwin Obaseki, the PDP candidate, received the Independent National Electoral Commission, INEC’s final results sheet following his victory in the election. According to the official result, Mr Obaseki polled 307,955 votes to defeat his closet rival, Osagie Ize-Iyamu of the APC, who scored 223,619 votes.

John Mayaki, the chairperson of the APC Media Campaign Council, said the party has rejected the result, citing alleged strong-arm tactics.
“Our people were arbitrarily arrested, many of the figures were fabricated,” Mr Mayaki said in a statement.

He alleged that results were manipulated to shore up PDP’s votes and reduce APC’s.
“Areas where we won, they cancelled them. They decreased the votes in areas we had advantage,” the party said. “They rejected our results and jerked up theirs.”

The APC also said there was arbitrary arrest of its members who could have resisted the alleged rigging and that Obaseki raised a false alarm.
“Obaseki shouted that he was being rigged out and blamed INEC at the initial stage but that was to divert attention from the evil going on in the field”, it stated.

Meanwhile, INEC has presented the result sheet to the governor-elect through Omoregie Ogbeide-Ihama, the PDP agent and member representing Oredo Federal Constituency at the House of Representatives.