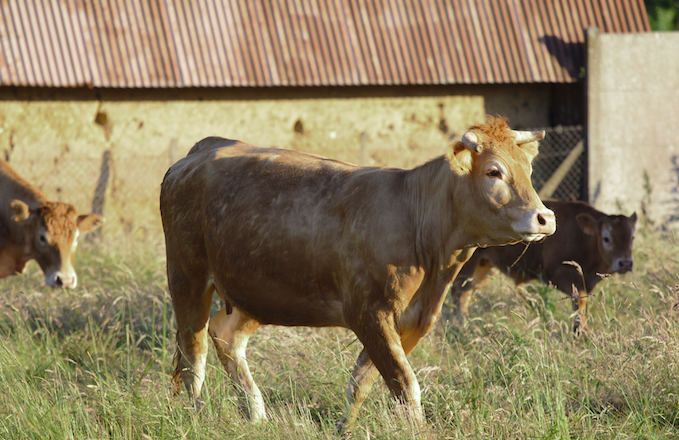 An operative of the Department of State Services has reportedly killed one Onyeocha Umuokwu, in Alor Community, Idemili South LGA of Anambra State on

An operative of the Department of State Services has reportedly killed one Onyeocha Umuokwu, in Alor Community, Idemili South LGA of Anambra State on Christmas Day. The officer fired at a cow that was running away from a VIP’s house, but missed his target and the bullet hit the victim.

“A cow cut the rope they tied it with and started running. A police officer on duty aimed to shoot the cow, but mistakenly shot and killed Onyeocha Umuokwu at Mr Emeka Eze’s house on the 25th. So painful,” a source said.

The state Police Public Relations Officer, Haruna Mohammed, in a statement on Friday, dispelled the claim that it was a policeman that committed the act. He said,” The attention of the Anambra State Police Command has been drawn to a misleading report being circulated that one Onyeocha Umuokwu was allegedly shot by a police officer at Engineer Eze’s house on the 25/12/2019 in Alor Community, Idemili South LGA of Anambra State.

“The report probably orchestrated by mischief makers who want to portray the police in a bad light is totally misleading. In order to clear ambiguity and to set the record straight, on the 25/12/2019  at the residence of one Engr Emeka Eze of Umuokwu village Alor, a DSS personnel whose identity is yet unknown attached to a VIP allegedly fired gunshot at a cow in a bid to stop it from escaping but the bullet missed target and allegedly hit one Nnaemaka Nnabuenyi(a domestic staff of the said Engineer) popularly known as Onyeocha and the victim died on the spot. The incident was not reported to the police.

Mohammed added, “Following the incident, police detectives led by DPO Nnobi Division visited the scene but neither the Engineer nor the victim’s relatives are willing to provide any useful information that will aid police investigation. However, the corpse was taken to the mortuary for autopsy and the case is under investigation to ascertain circumstances surrounding the incident please.”