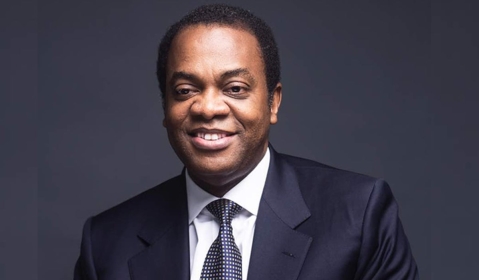 The Federal High Court in Lagos has discharged its August 8, 2019 order, which empowered the Asset Management Corporation of Nigeria to take over an I

Freedom of speech under threat in Nigeria – Country Director, Amnesty Int’l
Revealed! How Akeredolu asked cabinet to work against APC in 2019 polls
Mnangagwa’s inauguration halted as Chamisa drags him to court

The Federal High Court in Lagos has discharged its August 8, 2019 order, which empowered the Asset Management Corporation of Nigeria to take over an Ikoyi property of a former governor of Cross River State, Donald Duke, over an alleged debt of N537,334,360.77. Justice Nicholas Oweibo discharged the takeover order on Wednesday after the parties presented him with their terms of settlement of the case.

The parties had on September 2 told the judge that they were exploring an out-of-court settlement and pleaded for an adjournment to enable them to conclude settlement talks. When they returned to court on Wednesday, AMCON’s lawyer, Juliet Benson, told Justice Oweibo that Duke had met the terms of settlement agreed upon by the parties. Duke’s lawyer, Edoigiawerie Uyi, said his client had shown good faith by paying over N350m.

The two lawyers urged the judge to adopt the terms of settlements agreed upon by their clients as the judgment of the court in the case. Justice Oweibo, in a short ruling, granted their prayers and discharged the August 8 takeover order.

AMCON and the United Bank for Africa had on August 8, 2019 obtained the takeover order from Justice Chuka Obiozor following an ex parte application, marked FHC/L/CS/1373/2019.