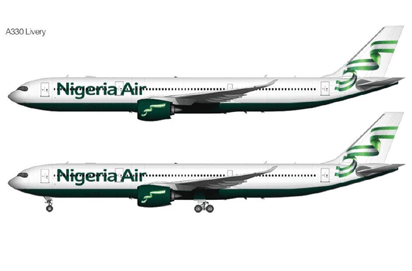 Despite suspension, Nigeria Air project to get N47bn grant

Suspended Nigeria Air project my well be on its way to resuscitation as the sum of N47 billion was been budgeted for it in the recently passed 2019 budget as grant. This is despite the indefinite suspension placed on the national carrier project by the federal executive council.

According to the minister of state for aviation, Hadi Sirika, “President Muhammadu Buhari directed that the Viability Gap Funding for the project be provided for in the 2019 Appropriation which the National Assembly had graciously done,” he said.

Speaking at an aviation stakeholders’ forum in November 2018, Sirika had explained that a viability gap funding of $155 million was required for the project in line with the Outline Business Case (OBC) to enable the airline to begin operations before private equity funds would be introduced.

At the official exchange rate of N306/$, the earmarked $155 million translates to N47.43 billion. VGF is a grant provided to fund the ongoing operations or future development of a project that is not currently provided by cash, equity or debt. It is generally provided to projects which have a long gestation period.

N8.7 billion had previously been budgeted for Nigeria Air project.