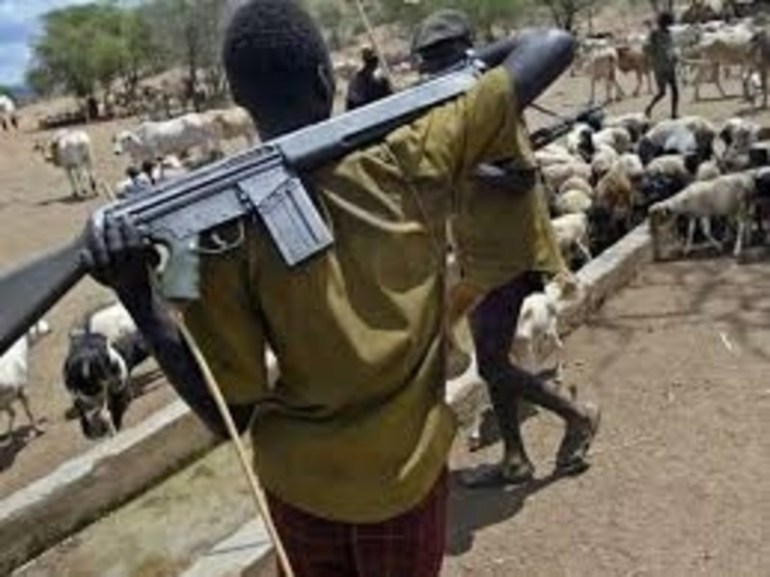 There have been continued attacks by gunmen alleged to be Fulani herdsmen, forcing many residents Delta communities, particularly those of Ubulu-Uku,

There have been continued attacks by gunmen alleged to be Fulani herdsmen, forcing many residents Delta communities, particularly those of Ubulu-Uku, Isele-Uku, Onicha-Olona, Onicha-Ugbo and environs, all agrarian communities in Aniocha and Oshimili local government areas of Delta State.

In the last one month alone, a prominent chief in Ubulu-Uku Kingdom and the Medical Director of Good News Hospital, Isele-Uku, Chief Chikwe Ojinji and Dr Andrew Odozi respectively, have been murdered by gunmen suspected to be Fulani herdsmen. Odozi was killed in the line of duty; he was rushing to his hospital to save the life of one Mr Meme, who had been shot in the neck by suspected herdsmen along the Isele-Uku/Ubulu-Uku Road, when he met his death. He ran into a roadblock mounted by the assailants, who were robbing commuters. The doctor was subsequently robbed and shot dead.

A legal practitioner who was released after being abducted by the suspected Fulani herdsmen, described his experience as terrible. Several times, the lawyer, who spoke on condition of anonymity, squeezed his eyes shut and desperately tried to tell himself that it was all a horrible nightmare, which would soon be over. Sadly, it never did. According to him, he was abducted on Isele-Uku/Ubulu-Uku Road and N1m ransom was paid by his wife to secure his release.

The lawyer was visiting his hometown from Lagos when he fell into the hands of the gunmen.
“I saw hell. I had a brief worth millions of naira that I was supposed to handle the following Monday; meanwhile, I was abducted at the weekend. I was released on Wednesday after my wife paid N1m as ransom. This is a shame. I have lived in the North and I understand Fulfulde a little. My abductors were Fulani people. How can people from far North come to be abducting people in our land and we are keeping quiet? Can people from the South and the South-East go to the northern part of the country and be abducting people, demanding ransom and killing them? This is a shame, and we must address it and kick against this affront or else we should take it that we have been captured,” he said, with palpable frustration.

Also, a Mr Charles Ojinji, younger brother to the slain Ojinji, narrated how his brother was killed, describing the situation as shocking.
“We are still in shock at our elder brother’s sudden and unnatural death. He was a warrior who had the interest of the community at heart. We all were farming on the land before Fulani herdsmen, who followed the high-tension wire to a forest reserve near a stream in Aniagbala, a suburb of Ubulu-Uku, took over our farmlands. When we saw that they were fully armed, we left our farms for them. What attracted the herdsmen there was the beautiful stream, which has now become a curse to us.

“Their cows would eat our farm produce, eat the yam tubers in our barns, cassava, vegetables, drink our water and mess up our stream. The stream is the only source of water in our community. One day, we challenged the herders and they beat some of us up. They held them hostage at gunpoint. Since that time, some people stopped going to the farm to avoid the wrath of herdsmen who have taken over our land. We did nothing and we owe them nothing, yet we have been subjected to all manner of inhuman treatment. Our women are not spared.

“I was shocked this year when my brother went back to the same farmland that we had abandoned for the herdsmen to start faming again. Well, other people were still farming there but, one day, over 200 cows entered the farm and ate up everything. My brother was enraged. I don’t know what transpired between him and the herders. Anyway, an eyewitness told me that my brother was attacked with machetes and then shot dead.

Apart from the deep sense of loss felt by members of the affected communities, they are at a loss to find a solution to the problem of insecurity affecting them. Speaking on the plight of Ubulu-Uku people, a member of the local vigilance group, Emeka Chukwudi, described the community as a conquered community, which was at the mercy of herdsmen.
“You know that we are predominantly farmers; that is our pride, but now, we are scared to go to the farms for fear of being killed. We are surrounded by other communities such as Abu-Ugba, Ogwashi-Uku, Obior and Isele-Uku. The herdsmen have virtually taken over the border land between Ubulu-Uku and other towns and are callously unleashing terror on us on a daily basis, he said.”

While briefing journalists in Asaba recently, Governor Ifeanyi Okowa had said the state government was very much aware of what was going on, but required a very strong directive from the Presidency.
“If that is done, it becomes easier for the security agencies to work with us to take some certain actions. Until that is done, we might just find ourselves doing the best we can and that may not be able to bring out the best in us. It is very unfortunate we find ourselves in this country. We are going through some challenges in Delta but if we look at it from a national angle, Delta State is not even among the top five of states you would consider to have a high rate of insecurity. There are worse cases going round this country and it ought not to be so.