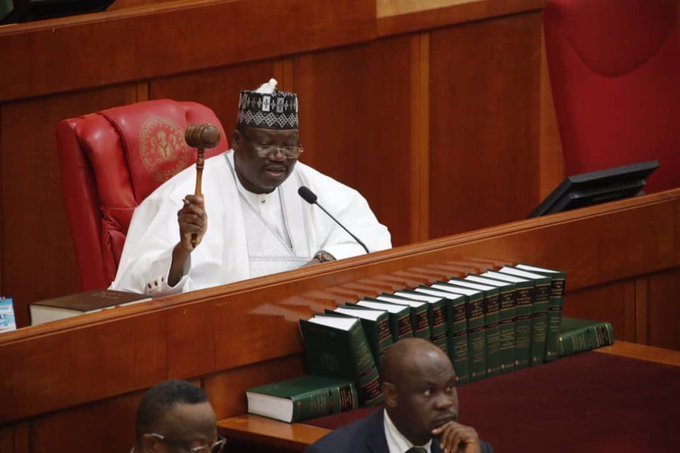 Few coronavirus cases in Africa because of our prayers, fasting – Bamiloye
Study suggests testicles could harbour coronavirus
Newborn becomes youngest to be diagnosed with coronavirus

Nigerian senators have agreed to donate half of their March salaries to the fight against the spread of coronavirus in the country but are still consulting among themselves on the amount to cut from their own portion of the N128bn National Assembly budget approved for the year, ThePunch is reporting.

The senators have started sending half of their salaries to a dedicated account being coordinated by the Senate Committee on House Services.

The Senate Minority Leader, Senator Enyinnaya Abaribe, confirmed that his colleagues had started donating half of their March salaries. He said, “We’ve already given out 50 per cent of our salaries like ministers, (to government) amidst other individual efforts to our constituents.”

A senator on condition of anonymity said that part of the sacrifice that members of the Senate wanted to make was to reduce their own portion of the N128bn National Assembly budget. He said, “We have agreed to slash the National Assembly budget for this year in line with the current reality. It is certain that the Federal Government will reduce the N10.59tn national budget because of the reduction in the revenue to fund it. So, we are reducing our own too.”

Nigeria’s 43 ministers had last week announced the  donation of  50 per cent of their March 2020 salaries to support the Federal Government’s efforts to combat the COVID-19 pandemic in the country.