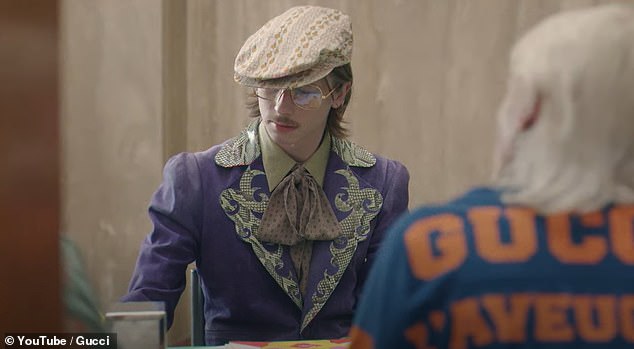 Luxury Italian fashion house, Gucci has got round the challenge of social distancing due to the novel coronavirus by ditching the traditional catwalk

Kylie Jenner and Travis Scott give off couple vibes on GQ cover
Gwyneth Paltrow graces first ever Goop Magazine cover
The Style and Culture of Keexs
Luxury Italian fashion house, Gucci has got round the challenge of social distancing due to the novel coronavirus by ditching the traditional catwalk and showing off its new designs in its drama, ‘The Ouverture of Something That Never Ended’,  the first two episodes of which are now available to watch on YouTube.
Gucci ditched the traditional catwalk to present its latest range in a flamboyant seven-part ‘Netflix-style’ mini series – with a cameo from Harry Styles, Florence Welch and Hayley Richardson

Set in Italy, it follows the life of Silvia – played by the androgynous Italian actress, Silvia Calderoni – while showing off pieces from the new men’s, women’s and genderless collections.

Dubbed GucciFest, a new episode of the mini film series drops every evening of this week until Sunday, November 22.

Creative director Alessandro Michele, who took the helm in 2015, announced in May that Gucci is scaling back to two shows a year and would no longer be putting together seasonal collections, branding it a ‘worn-out ritual’.