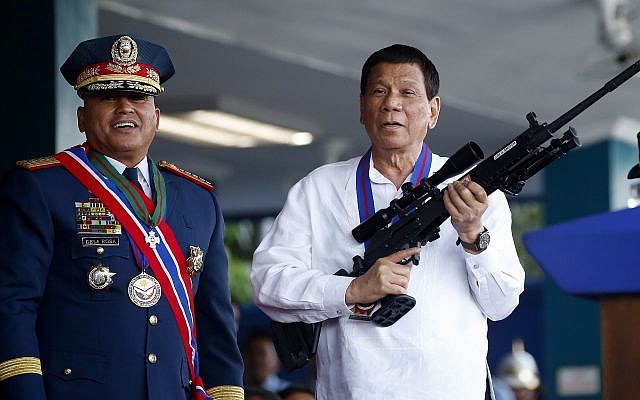 Philippine President, Rodrigo Duterte has told security forces they should shoot dead anyone causing "trouble" in areas locked down due to the coronav

Philippine President, Rodrigo Duterte has told security forces they should shoot dead anyone causing “trouble” in areas locked down due to the coronavirus pandemic. About half the country’s roughly 110 million people are currently under quarantine – including millions in deep poverty, left jobless by tough restrictions on movement.

Hours before Duterte gave the order in a speech late Wednesday, nearly two dozen people from a slum community in the capital Manila were arrested for holding a protest that accused the government of failing to provide food aid to the poor.

“My orders are to the police and military, also village officials, that if there is trouble or the situation arises that people fight and your lives are on the line, shoot them dead. Instead of causing trouble, I’ll send you to the grave,” he said, adding that the outbreak is getting worse more than two weeks into the lockdown,” Duterte said.

The Philippines has so far detected 2,311 cases and reported 96 deaths, but the country has only begun ramping up testing and so the number of confirmed infections is expected to keep rising.

Duterte who is known internationally for his foul-mouthed tirades and deadly crackdown on drugs, is overwhelmingly supported by Filipinos. But critics allege that Duterte’s drug war targets the poor and leaves the rich and powerful untouched, while reinforcing a culture of impunity.