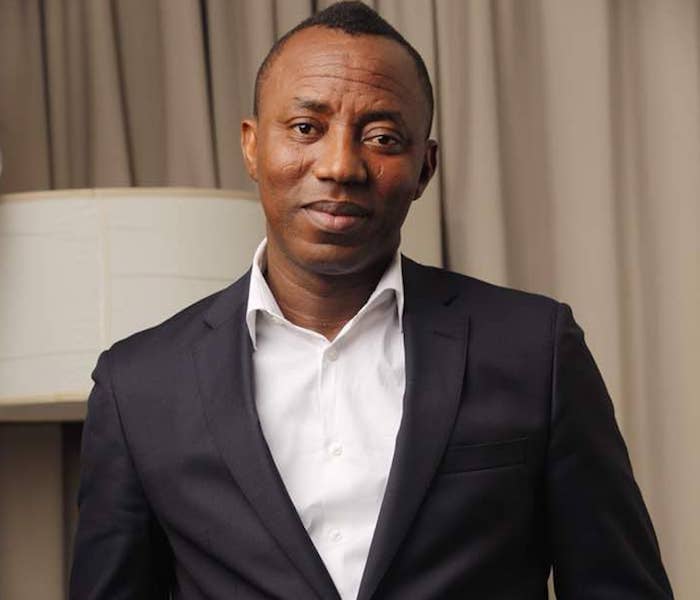 A Federal High Court in Abuja on Friday has granted Omoyele Sowore, Convener of the #RevolutionNow movement, bail in the sum of N150m. Justice Ijeoma

A Federal High Court in Abuja on Friday has granted Omoyele Sowore, Convener of the #RevolutionNow movement, bail in the sum of N150m. Justice Ijeoma Ojukwu also ordered Omoyele Sowore to produce two sureties in like sum. The judge ordered that the sureties must be residents of Abuja with landed properties in Abuja worth the bail sum. She also said that the sureties original title documents of the assets be deposited with the court.

The judge also ordered him to deposit the sum of N50m in the account of the court as security. She also granted his co-defendant, Olawale Bakare N50m bail with one surety. The Judge further barred the two defendants from addressing any rally pending the conclusion of the trial. She also barred Sowore from traveling out of Abuja and the second defendant out of Osogbo, during the pendency of the trial.

Counsel to the defendants, Mr Femi Falana, SAN, described the bail conditions as stringent, adding that the defendants would make the necessary applications if unable to meet with the bail terms ordered by the court.

Recall that Sowore was charged to court by the Federal Government on seven counts charges of treasonable felony, cyberstalking and money laundering. He was arrested Aug. 3 for convening a nationwide protest, themed #RevolutionNow. Justice Ojukwu had denied Sowore bail on Sept. 30 ordering his counsel to file a formal bail application.

Justice Taiwo Taiwo of the same court had a few weeks ago ordered the release of Sowore after a detention order the judge issued against him elapsed. Displeased with the order, the DSS re-arraigned him before Justice Ojukwu who had now granted him a fresh bail.