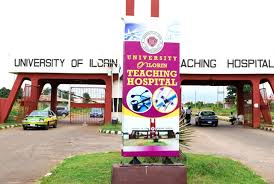 Coronavirus: UITH consultant suspended for covering up cause of patient’s death

A senior consultant with the University of Ilorin Teaching Hospital, Ilorin, Kwara State, UITH, Alakija Salami, has been suspended by the management o

A senior consultant with the University of Ilorin Teaching Hospital, Ilorin, Kwara State, UITH, Alakija Salami, has been suspended by the management of the hospital for covering up the status and death of a patient, who recently returned to Nigeria from the United Kingdom. The patient, who died on April 3, infected his wife with the virus before his demise.

A statement by the hospital’s management on Monday night said, “The management of University of Ilorin Teaching Hospital hereby suspends Prof A.K. Salami as a senior consultant in the hospital. This is as a result of his unethical conduct in the admission, management and eventual release of the corpse of a suspected COVID-19 patient who died in the hospital on the 3rd of April, 2020.”

The late patient, Muideen Obanimomo who died last week actually died from the virus but there was no way the Nigeria Centre for Disease Control, NCDC could confirm this because by the time suspicions became rife as to the true cause of the patient’s death, he had already been buried with the connivance of the a consultant of UITH, Professor Kazeem Alakija Salami who is the deceased’s friend.

Salami betrayed public trust by misleading health workers at the hospital to treat a suspected case of COVID-19 which he refused to disclose, thus endangering their lives and the people of Ilorin in general despite knowing the patient was high risk. And when Obanimomo’s situation became critical, Salami attributed it food poisoning despite the fact that he was manifesting the COVID-19 symptoms.

Obanimomo gave up the ghost and with the help of the deceased family, Salami quickly moved the corpse out of the hospital to be buried despite the suspicions of the health workers. Following the uproar the incident caused, the hospital decided to carry out a test on Mrs Obanimomo a day later as a precaution since the man was already buried. Her results came in this evening positive and is one of the two coronavirus cases recorded in the state.

As it is, contact tracing has already begun, considering that many people interacted with Mrs Obanimomo in Offa during and after the burial of her late husband.

Kwara currently has two confirmed cases of Coronavirus while at the national level, Nigeria has a total of 238 infections and five recorded deaths.