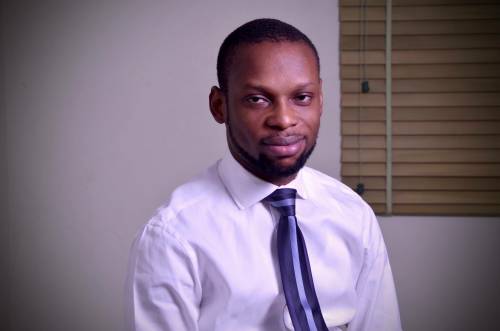 A civil rights and advocacy group, Human Rights Writers Association of Nigeria, HURIWA, has reacted to reports that security operatives are on the cha

A civil rights and advocacy group, Human Rights Writers Association of Nigeria, HURIWA, has reacted to reports that security operatives are on the chase of Fisayo Soyombo, a top-rated investigative journalist over his recent works.

Rather, it called on President Muhammadu Buhari to give a national award of excellent citizenship to Soyombo for exposing the rot in the nation’s prisons and police instead of targeting to arrest and frame him up.

Describing such alleged move against journalists as “Satanic agenda,” the civil rights group said it was not shocked by the unfortunate turn of events around the breathtaking and phenomenal investigative reportage of Soyombo which has now resulted in the plot by the security forces to clamp down on him.

A statement by the group’s National Coordinator, Emmanuel Onwubiko, said the alleged plot was a continuation of an ongoing clampdown on human rights activists, journalists, and persons with differences of opinion from the central government headed by a one-time military ruler. The statement reads: “The news of the ongoing plot by the security forces to arrest, prosecute and detain Mr. Fisayo Sowombo the investigative journalist of high reputation following his extensive reportage on the widespread corruption in the police and prisons has not come to us in HURIWA as a surprise.

“We ourselves have come under unprecedented attacks and our phones are virtually bugged and monitored on 24 hours basis for speaking truth to power. The plot to arrest this journalist should also not shock discerning observers around the world because Nigeria is back to the dark ages of tyranny. Even amidst threats to our lives as human rights defenders, we hereby condemn in totality this satanic agenda of seeking to shut up all those who speak truth to power even as the list of journalists and activists in detention for doing nothing but speak out to correct the ills of the political class, is expanding. Omowole Sowore and many of his followers have remained in detention for months.”

“The Cross Rivers state-based journalist Mr. Agba Jalingo is being persecuted for only doing his journalism work covered under section 22 of the Nigerian constitution for reportedly writing a story on alleged financial impropriety in Cross Rivers state. Many social media commentators like Steven Kefas and numerous others are languishing in different detention facilities for expressing their freedom of speech which some tyrannical governors do not like and have latched on to some nebulous provisions of the cybercrime prevention Act to witch hunt them and try to shut them up.

“The attempt to either arrest Mr. Soyombo for exposing a notorious truth that even the devil himself is aware about corruption in police and prisons of Nigeria is antithetical to democracy and is absolutely unconstitutional given that he was simply discharging his statutory obligation in line with section 22 of Nigerian constitution.”

HURIWA citing a news report stated that the journalist whose undercover stories exposed the depth of corruption in Nigerian police cells and prison may be arrested by the Nigerian authorities. It recalled that the initial phase of the three-part investigation by Fisayo Soyombo, a former editor of The Cable and a contributor to Al Jazeera, detailed how Nigerian policemen pervert the course of justice in their quest for ill-gotten money.

HURIWA recalled that in the second part of the investigation published on Monday by The Cable, he exposed how the courts short-change the law and the prisons are themselves a cesspool of the exact reasons for which they hold inmates. The final part of the report is still been awaited just as the reports are rife that he may be arrested.

“It would be recalled that during his landmark investigation, the investigative reporter Mr Fisayo Soyombo took on an alias – Ojo Olajumoke – and reportedly spent five days in a cell at Pedro Police Station, Shomolu, Lagos. And eight days in Ikoyi prison even as his reports contained audio, pictorial and video evidence of corruption in the Nigerian judicial system.

“We in HURIWA have just read the second part of Soyombo’s story that has irked the Nigerian prison authorities, especially the comptroller-general of the prison services even as a security source revealed that Soyombo, scheduled to speak at a workshop on fake news organized by Goethe Institute on Tuesday evening, is to be arrested at the venue of the event. He has since pulled out of the event. How come Prison authorities are very angry and have decided to get the journalist arrested when what he reported are notorious facts known to all?”

HURIWA condemned the plot by the security forces to charge him to court and prosecuted under Section 29 of the Nigeria Correctional Service Act which states in Subsection 1 (d) of the Act states that a person is deemed to have committed an offence if he “procures or facilitates the procurement of communication devices for an inmate or makes conversation or aids the making of conversation through a mobile phone or other devices to an inmate other than as provided in the Correctional Standing Orders and other related correctional policies.”

HURIWA However condemned this attempt as a vicious act of State-sponsored terrorism against the constitution which in Section 22 and a plethora of other provisions in chapter 4 of the Constitution permits this kind of investigative activities of a media practitioner so as to expose acts that contravenes the obligation of government to end all corrupt practices and abuse of power. Besides, the Nigerian Constitution is supreme and higher than mere statute of the prisons and if any of the provisions of the prison Act contradicts any provisions of the Nigerian constitution, the constitution takes overriding status and the contradiction in that lesser statutes become null and void and of no moment legally speaking “.

HURIWA recalled that Agba Jalingo, a journalist and publisher of an online newspaper CrossRiverWatch, is currently in jail and facing allegations of treason after he published a story on alleged diversion of N500 million by the Cross River governor, Ben Ayade. HURIWA recalled that also another journalist Jones Abiri is also facing prosecution under Nigeria’s cybercrimes act, anti-sabotage act, and terrorism prevention act for crimes allegedly carried out in 2016.

Abiri was held by Nigeria’s secret police without any charge between July 2016 to August 2018. He was rearrested nine months after he was freed by the Department of State Services. HURIWA cited the following provisions of the Nigerian Constitution to rule as unconstitutional the plots by security forces to arrest the investigative journalist Fisayo Soyombo: Section 22: “The press, radio, television and other agencies of the mass media shall at all times be free to uphold the fundamental objectives contained in this Chapter and uphold the responsibility and accountability of the Government to the people.”

It also stated that 15(5): “The State shall abolish all corrupt practices and abuse of power”, even as Section 39(1) states thus: “Every person shall be entitled to freedom of expression, including freedom to hold opinions and to receive and impart ideas and information without interference.”

Furthermore, HURIWA said any journalist seeking to expose rot in the society inside the prison cells or detention facilities can go under Section 41(1) which clearly states that: “Every citizen of Nigeria is entitled to move freely throughout Nigeria and to reside in any part thereof, and no citizen of Nigeria shall be expelled from Nigeria or refused entry thereby or exit therefrom.”