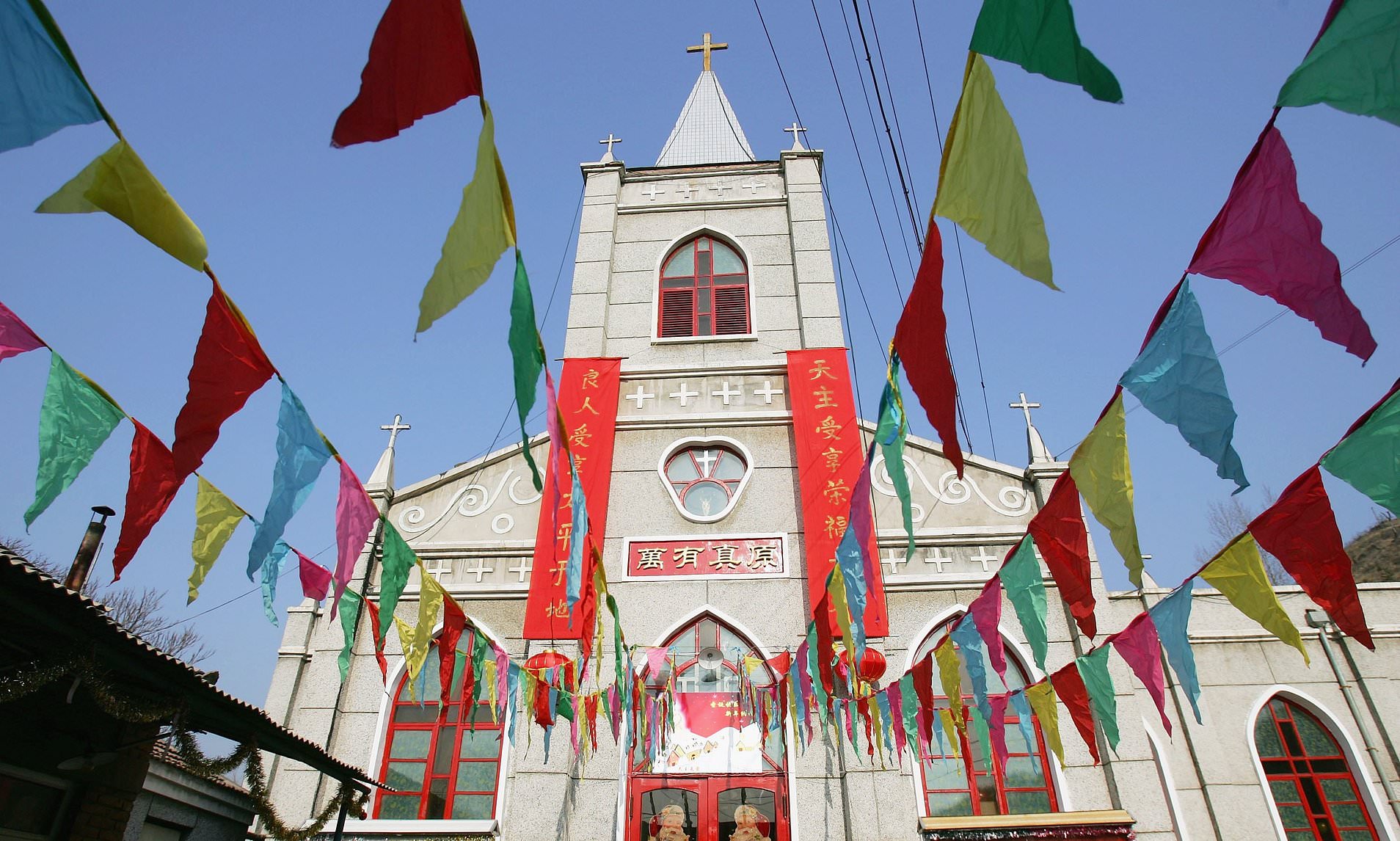 Government authorities in Shanxi, China, are ordering Christians who receive government assistance to replace religious symbols in their homes, includ

Government authorities in Shanxi, China, are ordering Christians who receive government assistance to replace religious symbols in their homes, including pictures of Jesus, with pictures of Chairman Mao and President Xi Jinping. Refusal to comply results in the assistance being taken away.

The religious freedom magazine, Bitter Winter reported last week that officials in the city of Linfen, Shanxi province, were told in April to inspect and remove religious symbols from the homes of those receiving “social welfare payments” and to replace them with communist leaders. Those who complained would have their payments “annulled.”

The policy also applies to members of state-run churches. A member of the Three-Self Church, which is the Chinese Communist Party’s official Protestant denomination, told Bitter Winter that images of Jesus and a religious calendar were taken down from his house and replaced with images of Chairman Mao.

Like much of the world, the Chinese economy has been hard-hit by the ongoing coronavirus pandemic, meaning that more and more people are relying on government payments to stay financially afloat. At the same time, the government has overseen a renewed crackdown on places of worship.
“Impoverished religious households can’t receive money from the state for nothing—they must obey the Communist Party for the money they receive,” the Three-Self member told Bitter Winter.

A preacher from a house church, which typically are illegal but tolerated in much of China, said that his cross and pictures of Jesus were removed in May and replaced with a picture of Chairman Mao.
“All impoverished households in the town were told to display Mao Zedong images,” the preacher told Bitter Winter. “The government is trying to eliminate our belief and wants to become God instead of Jesus.”

In addition to Shanxi, Christians in other provinces have reported similar treatment from government officials. In Jiangxi, which has seen multiple reports of Christian persecution in the last year, a Christian reported that his disability payment was revoked because of his attendance at church. His wife reported to Bitter Winter that he was told they would be “treated as anti-Party elements” if they did not stop going to church.

A member of the Three-Self Church, who is a woman in her 80s who lives in the province of Jiangxi, reported that she lost her government aid after she said “Thank God” upon receiving a subsidy payment.
“They expected me to praise the kindness of the Communist Party instead,” she reported.

In April, another elderly woman from the Henan province reported that her minimum living allowance was canceled when officials discovered a cross on her house’s door. The woman, who is a diabetic and needs frequent injections, lost all government aid due to her religious beliefs.

In Shandong province, officials raided the home of a Christian man and posted images of Mao and Xi Jinping. The Christian told Bitter Winter that Mao and Xi Jinping were the “greatest Gods.”
“If you want to worship somebody, they are the ones,” the official told the man in Shandong.

Since 2015, the Communist government has pushed forward with a program of “sinicization” of religion. Regular reports of churches being demolished, priests and bishops being harassed and arrested, and strict censorship being imposed on religious teaching continue to emerge from the country.

In some areas, churches were made to remove displays of the decalogue and replace them with sayings of president Xi Xinping.  In Xinjiang, anywhere from 900,000 to 1.8 million mostly-Muslim Uyghurs are estimated to be in the system of more than 1,300 detention camps set up by Chinese authorities, ostensibly for “re-education” purposes. Survivors have reported indoctrination, beatings, forced labor, forced abortions and sterilizations, and torture in the camps.

Also, churches have been ordered to take down displays of the Ten Commandments and replace them with quotes from Chinese President Xi Jinping, according to reports. The new directive reportedly comes after Three-Self churches were initially told to remove the First Commandment, “You shall have no gods before me,” as Jinping disagreed with it.

Reports indicate that those who have refused to remove any or all of the Ten Commandments have been imprisoned, with leaders and worshippers harassed even in churches that complied with the instruction.

United Front Work Department officials told the congregation at a Three-Self church in the city of Luoyang in late June that “The Party must be obeyed in every respect. You have to do whatever the Party tells you to do. If you contradict, your church will be shut down immediately.”

The church had removed the Ten Commandments after repeated instructions from the government.