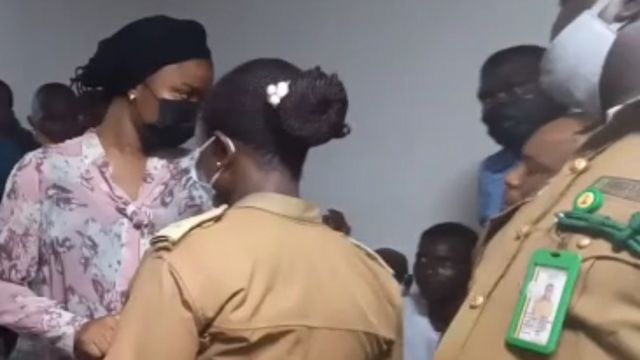 As the trial of Chidinma Ojukwu, the embattled student of the University of Lagos who allegedly murdered Michael Usifo Ataga, the boss of Super TV, be

As the trial of Chidinma Ojukwu, the embattled student of the University of Lagos who allegedly murdered Michael Usifo Ataga, the boss of Super TV, begins, she has pleaded not guilty to his murder.

The 21-year-old student was arraigned alongside Adedapo Quadri, another key suspect in the case, at the Lagos high court sitting at the Tafawa Balewa Square on Tuesday. Both were arraigned on eight counts bordering on the offences of murder, forgery, and stealing.

But during the court session, presided over by Yetunde Adesanya, the judge, they pleaded not guilty to the charges.

Egbuchu Chioma, Chidinma’s sister, who was also arraigned for alleged possession of Ataga’s phone, pleaded not guilty to the theft charge.

The 300-level mass communication student and other suspects in the case are being prosecuted by the Lagos state directorate of public prosecutions (DPP) team led by Olayinka Adeyemi.

Ataga was stabbed to death and left in the pool of his own blood inside a Lagos hotel on June 15.

Chidinma, his girlfriend was thereafter arrested in connection with the murder.

The student had earlier confessed to stabbing Ataga “twice on the neck side,” alleging that the businessman forcefully had sex with her.

But in a dramatic twist, Chidinma denied her initial confession that she killed the Super TV CEO.