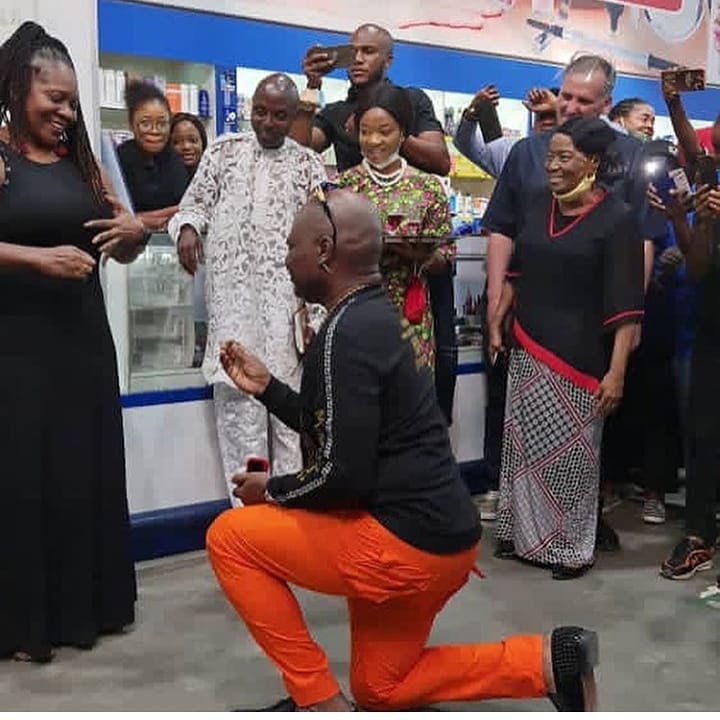 Musician and activist, Charles Oputa, more popularly known as Charly Boy  has again proposed to Lady Diane, his wife, in what he claimed to be t

Musician and activist, Charles Oputa, more popularly known as Charly Boy  has again proposed to Lady Diane, his wife, in what he claimed to be the fourth time in 45 years

He took to his social media pages to share a video of himself reaffirming his love for Diane, who is better known as Lady D. In the less than three-minute footage taken inside a mall, Charly Boy is seen clutching a microphone to gather the attention of other shoppers.

He then brings out a ring while kneeling down to propose to his wife, who appears ostensibly surprised by the gesture. After a short pause, Diane accepts the ring while the lovebirds embrace each other amid cheers from people gathered inside the mall.

In a post accompanying the video, the 70-year-old revealed that the development makes it the fourth time he would be proposing to his wife in their over four decades of being together.
“See what my wife made me do again? I need to go my village to investigate my mumuness for dis woman hand. My faithful followers make una dey pray for meooo.How can one propose to the same woman 4 times in 45 years. Dis tin no empty hand sha,” he wrote on Instagram in a mixture of Pidgin and English.

The singer, however, gave conflicting reports on the time they have been together. On Instagram, he said 45 while on Twitter, Charly Boy wrote 43.

In December 2018, the activist had revealed why he married his American partner after 40 years together.
“This is not that kind of marriage with fanfare; I am doing it to please my aged mother and meet certain demands of the society,” the entertainer had said.