The immediate past Senate President Dr. Bukola Saraki and his two sisters, Senator Gbemisola Saraki, the Minister of State for Transport as well as Oy

The immediate past Senate President Dr. Bukola Saraki and his two sisters, Senator Gbemisola Saraki, the Minister of State for Transport as well as Oyinkansola Saraki, may have put their differences aside in other to tackle the onslaught on their father, late Dr. Abubakar Olusola Saraki’s legacies by the Kwara State government, if the reactions of their aides are anything to go by.

Officials of the Kwara State Government in the early hours of Thursday demolished a house belonging to the late Kwara politician, Dr Olusola Saraki. The house, popularly called Ile Arugo (old people’s home), is located along the Ilofa Road in the Government Reserved Area (GRA) of Ilorin, close to the state civil service clinic.

The state Director General of the Bureau of Lands, Malam Ibrahim Salman, had on Wednesday revealed details surrounding the civil service clinic land and its adjourning plots in Ilorin, the state capital,amid public enquiry on the status of the property reclaimed by the state government.
“The entire land was acquired in the 1970s for overriding public interest and same was initially designed to host the phase 11 of the state secretariat.

“The construction of the said state secretariat phase 11, was at superstructure level before same was abandoned. The entire land was later redesigned in the 1980s for the construction of the civil service clinic, state secretariat and a parking lot for both clinic and the state secretariat. The dream of the state government was stalled when part of the land slated for the parking lot was spuriously allocated in principle to one Asa Investment for commercial purposes,” the DG of the Bureau of Lands stated in statement.

Bukola Saraki, who is also a former Governor of kwara State has said that justice will prevail over the demolition of the family property. In a statement on Thursday night, he thanked the people for their solidarity.
“Following development this morning in Ile Arugbo, I want to commend the women, men, old and young, who displayed their affection, love and staunch support for my late father and the family”, he said.

“I appreciate the genuine support of the women and youths who stood firmly in the face of aggression and naked show of force. Your action throughout the night gave full expression to my belief that what Ile Arugbo represents to all of us is etched in our hearts. It goes beyond the physical structure. I am happy that you were not intimidated as you stood your ground.

“This day will go down as the day you reciprocated the love and affection my father and family have for you. You have displayed a gesture of goodwill and passionate love. We assure you that justice shall prevail in a not too distant future.”

Also, his sister, Gbemi Saraki whose feud with her brother dates back to while he was governor (even though there has been several attempts to reconcile them), has thrown her weight behind her family’s current travail. In a veiled reaction to the development, she said we have a history and we are proud of that history. According to a statement by her media aide Titilope Anifowose, she said that the minister has renamed her movement to,’GRS-OLOYE’in perceived solidarity with her family, Saraki, against the actions of the Kwara state government. 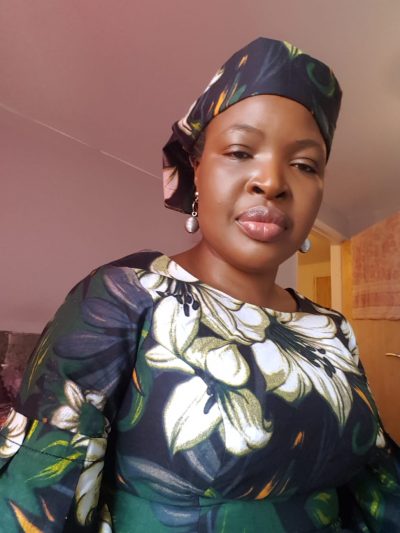 The statement reads in part,” So, many things have happened this year, in fact, right up to the very dying hours of the year, but we will continue to take brave and faithful steps. We will continue to walk even though we have no idea what will happen next, though we are comforted, encouraged and reassured with this; But they plan and Allah plans and Allah is the best of planners. So, GRS Family, we are going to be known now as GRS-OLOYE Movement. We have history, and we are proud of that history. May Allah forgive the sins of all our departed and may he make us worthy representatives of all that they stood for.”

Similarly, Oyinkansola Saraki, the younger sister of former Senate President, Bukola Saraki, has condemned Governor Abdulrahman Abdulrazaq of Kwara for demolishing the family’s political home in the Ilorin area of the state. In a statement signed by her media aide, Ayoyemi Mojoyinola, she said she’s disappointed in the governor’s decision to demolish the house.

She said, “I congratulated Razaq on daily newspapers and various online news platform when he was elected. I also advised him not to thread the way of former governors, but be upright in serving the people of Kwara and fulfill why he was elected. My sister Gbemi supported Razaq and the O’toge movement against our brother’s (Bukola Saraki) wish to make sure he emerged as the governor.”

Oyinkasola maintained that with demolishing the house which has since stirred political controversy, the Kwara governor has confirmed that the governor is fighting their late father (Olusola Saraki, not Bukola). She added that the state government demonstrated wickedness with no empathy.
“Is this is how he wants to pay Gbemi back?” Oyinkansola questioned.

“A governor of a state should be someone that has the ability and the intelligence to critically analyse situations before taking any step. Your action on this matter has proven that you are far from having the skills. You lack the skills and ability to be a good leader. If it’s not for my brother that messed up a bit, you would not have smelt the governor seat talk-less of getting there,” Oyinkansola stressed.