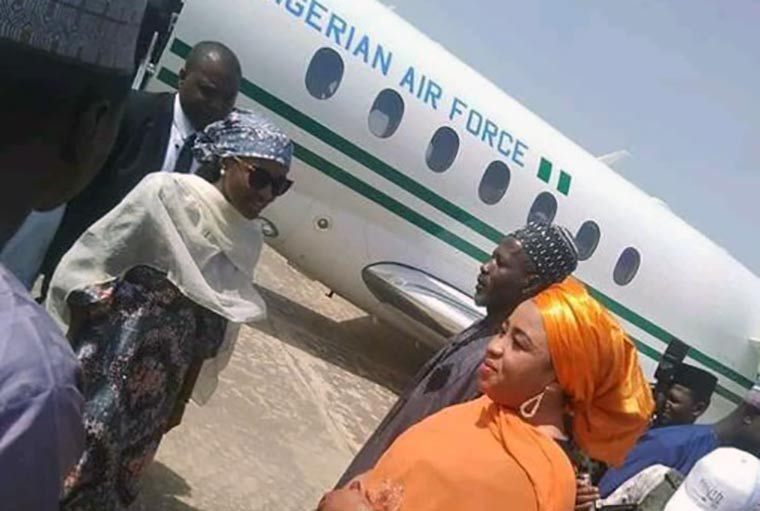 The Muslim Rights Concern (MURIC) says Hanan Buhari, a daughter of President Muhammadu Buhari, flying on a presidential jet on a personal assignment i

The Muslim Rights Concern (MURIC) says Hanan Buhari, a daughter of President Muhammadu Buhari, flying on a presidential jet on a personal assignment is a strong message to the youth.

There was outrage at weekend when pictures of Hanan disembarking from a presidential jet surfaced online. She was invited to the durbar by Rilwanu Adamu, emir of Bauchi, on Thursday. Hanan, a photographer, was expected to document the event and other tourist attractions in the state.

In a statement, Ishaq Akintola, MURIC director, said Hanan passed a strong message to the Nigerian girl-child by covering the durbar.
“How private is private? Are we saying that the traditional institution is inconsequential? What happened to our respect for our norms and values? Are we to assume that our system no longer recognises the traditional institution? If so, why do governors still appoint emirs, obis and obas? If the law of the land still recognises traditional rulers, Hanan’s invitation to Bauchi cannot be rightly described as a private affair,” Akintola said.

“Besides, that function passed a strong message to Nigerian youths, especially the Nigerian girl-child. It poses a challenge to them to eschew laziness. More importantly, it underlines the significance and relevance of every aspect of human knowledge. This is a very important message wailers missed.”

The MURIC director said those who described Hanan’s visit to Bauchi as private are petty, mean and most uncharitable.
“President Buhari should not be guillotined for permitting her daughter’s use of the jet. Afterall, it was not for any frivolous jamboree like shopping in Dubai. We may want to ignore the excesses of past landlords of Aso Rock to justify PMB’s action,” he said.

“It amounts to overzealouness on the part of critics to grab every little straw and make mountains out of mole hills. They are simply trying to draw the attention of Nigerians away from PMB’s monumental achievements simply because they were merely looking for the president’s faults.”

Akintola appealed to politicians to “change from politics of negativity, retardation and destruction to positivism, patriotism and constructive engagement”.