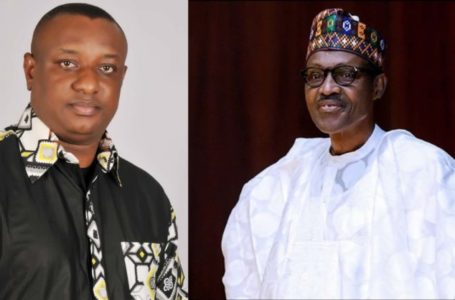 Despite the high rate of unemployment in Nigeria, the country’s minister of labour (state), Festus Keyamo, says that the President Muhammadu Buhari’s

Despite the high rate of unemployment in Nigeria, the country’s minister of labour (state), Festus Keyamo, says that the President Muhammadu Buhari’s administration in the last five years, has done well in job creation.

Keyamo made this known while appearing on Channels Television “Sunday Politics” programme while responding to questions by the anchor, Seun Okinbaloye, on how well the government has kept its job creation promise to which Keyamo responded that his principal “has performed well”.

He argued: “The Buhari administration has performed well in its job creation promise. The basic thrust of this government in job creation is to ‘skill up’ people so they can be self-employed and create jobs.”

As of February, the President of Nigerian Association of Chambers of Commerce, Industry, Mines and Agriculture (NACCIMA), Saratu Aliyu, disclosed that 23 million Nigerians are presently unemployed. The number is believed to be much higher now with the numbing impact of COVID-19 on the economy.

Also, the National Bureau of Statistic (NBS) data on unemployment in 2019 shows that the country had hit the 23 million mark.