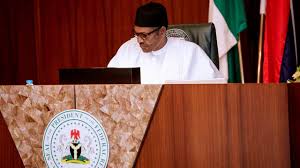 Buhari gives approval of N30bn for roads to Niger Republic

The Federal Executive Council (FEC) presided over by President Muhammadu Buhari, on Wednesday approved about N30 billion for the construction of two r

The Federal Executive Council (FEC) presided over by President Muhammadu Buhari, on Wednesday approved about N30 billion for the construction of two roads from Sokoto and Jigawa states up to Nigeria’s borders with Niger Republic. The Minister of Works and Housing, Babatunde Fashola, said the first contract of N9.5 billion is for the 47-kilometer road from Balle Kurdella in Sokoto State to the border with Niger Republic.

The second contract is for the 50-kilometer road from Kunya in Jigawa State to the Niger Republic border, and it will be constructed by Mothercat Civil Engineering firm at a cost of N19.76 billion. Fashola added that the contracts were approved as part of strategies to implement the administration’s Economic Recovery and Growth Plan (ERGP), to boost trade and economy, especially given the international commercial activities on those routes.

The minister further stated that the two roads are in line with the Africa Continental Free Trade Agreement (AfCFTA) recently signed by Nigeria to promote trade among African countries, the Minister added. Ministry of Water Resources, Suleiman Adamu, said the council approved the extension of contract services for Kontagora irrigation project in Nigeria State by three years at a cost of N734.5 million. The project was started in 1987 but abandoned and recently resuscitated.

Minister of Aviation, Hadi Sirika, on his part, said council also approved two contracts for his ministry. The first is the refurbishment of the Abuja office of the Accident Investigation Bureau (AIB), at a cost of N591.8 million.

The second contract is for construction and equipping the AIB’s training school, also in Abuja for N645.4 million. The Minister of Mines and Steel, Olamilekan Adegbite, said he presented to FEC a report card of his ministry and parastatals for the first 100 days; while his counterpart in the Ministry of Communications and Digital Economy, Isa Pantami, did the same.

This has been the practice for ministries created in the second term of the Buhari presidency.