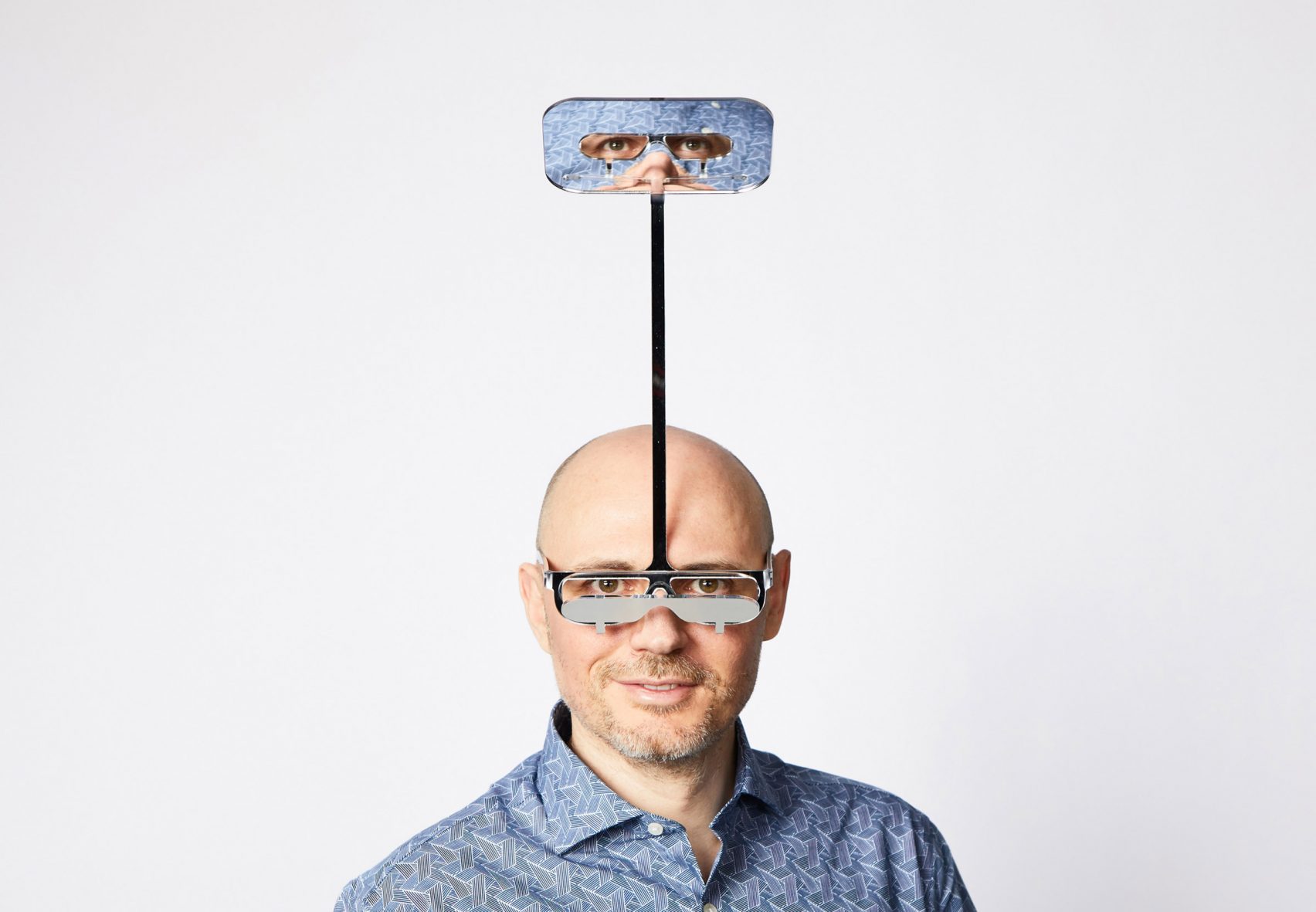 London-based designer, Dominic Wilcox has created a pair of periscope glasses that allow the wearer to see over the top of people at music events. The

London-based designer, Dominic Wilcox has created a pair of periscope glasses that allow the wearer to see over the top of people at music events. The one-foot tall glasses enable users to see approximately 30.5 centimetres above their normal eye level, surmounting the heads of taller attendees who often block the view at events.

The project began after Dominic Wilcox was challenged by Microsoft Surface to solve some everyday problems with extraordinary solutions. Inspiration struck when he attended a music gig and saw a shorter guest struggling to see the stage.
“This gave me the idea to design a way for people to see over obstacles such as six-foot-plus people like me. It works well, though dancing with it on might be a challenge,” he said. 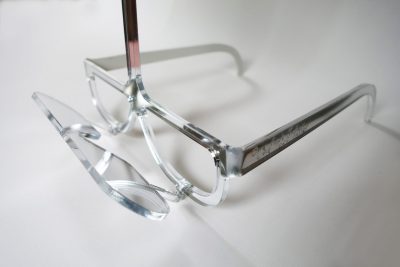 The glasses are made from one sheet of mirrored acrylic that has been bent carefully into the exact angles needed to reflect off the smaller mirror in front of the wearer’s eyes. This smaller mirror is positioned pointing upwards at 45 degrees towards the larger mirror, which looks outwards.

Wilcox, who studied at London’s Royal College of Art, is known for his playful designs that span the fields of art, design, craft and technology. Other creations by the artist and designer include the Directing Jacket, which attempts to solve the problem of not knowing what side to walk past an oncoming pedestrian. To avoid this “dance of indecision” the jacket uses an LED arrow embedded into the front pocket of the garment that can inform passersby to walk on the side that the arrow points to.

“I’ve convinced myself that within everything that surrounds us, there are hundreds of ideas and connections waiting to be found. We just need to look hard enough. Some of my ideas develop from observations on human behaviour and I express them through the objects I create. I also experiment with materials to try to find surprises that can’t be found simply by thinking with a pen or a computer,” said the designer.

The One Foot Taller periscope glasses were shown at the Extraordinary Solutions to Everyday Problems exhibition that was held at the D&D Festival in London earlier this year in May.