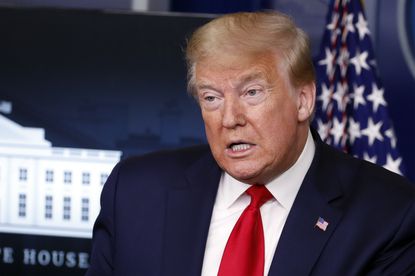 The US house of representatives has voted 323-197 to impeach President Donald Trump for a record second time for inciting riots at the US Capitol. On

The US house of representatives has voted 323-197 to impeach President Donald Trump for a record second time for inciting riots at the US Capitol.

On Wednesday, the majority of house members including 10 of Trump’s fellow Republicans voted in favour of impeaching him for encouraging his supporters to storm the Congress on January 6.

The impeachment resolution charges Trump with just one article: “incitement of insurrection”.

Since impeachment is only a charge of committing crimes, he will now face trial in the senate which has the power to convict and remove him from office.

However, unlike the house which is dominated by Democrats, the senate is under the control of Republicans until a new Congress is inaugurated.

The chances of getting two-thirds majority in the senate to convict Trump are also thought to be slim, at least for now.

Trump is, therefore, likely to remain in office till January 20 when Joe Biden, the president-elect, is sworn in. Nevertheless, he could still be convicted by the senate after his exit from office.

The senate could further vote, by a simple majority, to bar him from holding any position in government in the future or receiving $200,000 per year pension.

This would douse his hopes of running for office again in 2024, which he had hinted after losing and failing to concede the November 3, 2020 presidential election.