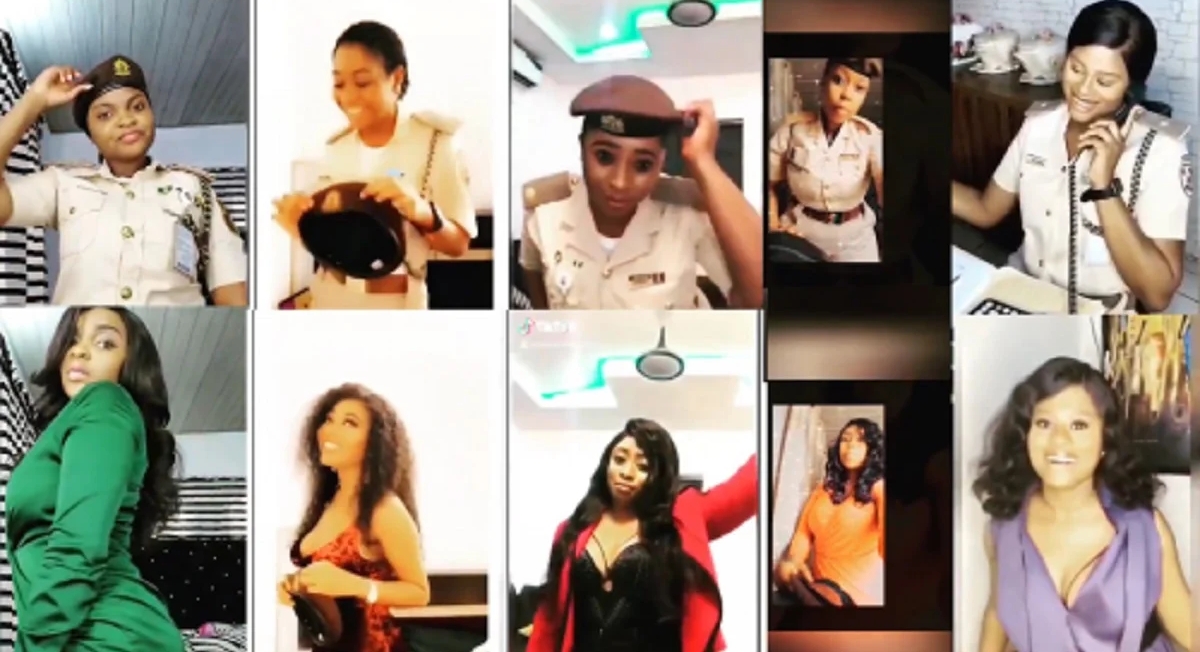 The Nigeria Immigration Service has suspended the transfer of five of its officers to Borno, Yobe, Kano and other states for participating in a social

The Nigeria Immigration Service has suspended the transfer of five of its officers to Borno, Yobe, Kano and other states for participating in a social media competition known as #Bopdaddychallenge initiated by entertainer, Folarinde Falana, more popularly known as Falz. The NIS made this known in a series of tweets on its Twitter handle on Friday, saying the transfer was put on hold pending the outcome of an investigation into their conduct.

The immigration service had ordered the transfer of five female officers to Borno, Yobe, Kano and other States far from their current duty posts for participating in a social media competition known as #Bopdaddychallenge, initiated by Falz. The affected officers are Priscilla Irabor (NIS NO. 38549), Binti Attabor (NIS NO. 38130), Catherine Bakura (NIS NO. 38152), Blessing Udida (NIS NO. 38002) and Ockiya Eneni (NIS NO. 37804).

After their transfer, there was an outrage on social media, with Nigerians, including Falz, the son of Femi Falana (SAN), urging the NIS to reverse its position.
In a letter dated May 15, 2020, and directed to Babandede, Falz, who is a trained lawyer and son of human rights activist, Femi Falana, said the current inter-state lockdown in place in the country would not make it possible for the officers to resume at the places they were redeployed to while urging the service to reconsider its stance.

Reacting to the outcry, the NIS tweeted, “The attention of the Comptroller General Muhammad Babandede MFR has been drawn to some trending matters on some social media platforms regarding the deployment of some of our Personnel to some Formations across the country. It is important to note that staff deployment remains a vital practice of regimented organisations such as ours and should be seen as such.

“As an agency, we maintain zero tolerance to any matters bordering on offences against discipline among members of our workforce irrespective of gender. We have a high premium for staff development and indeed encourage personal efforts but that must be within the confines of our rules and regulations. The matter involving the Personnel in question is still being investigated and therefore, the Comptroller General has directed that the earlier Posting Order be put on hold pending the conclusion of the investigation.”

Below is the letter Falz wrote to the boss of immigration service concerning the officers’ redeployment over their participation in the #BopDaddyChallenge. 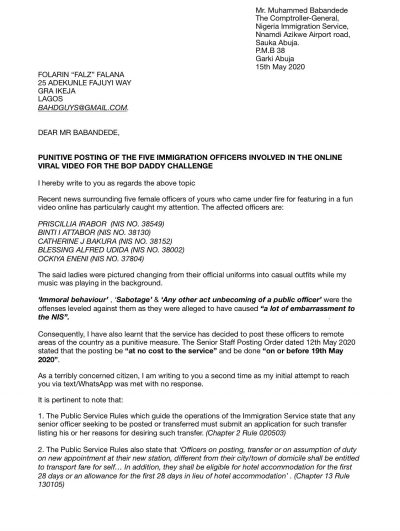 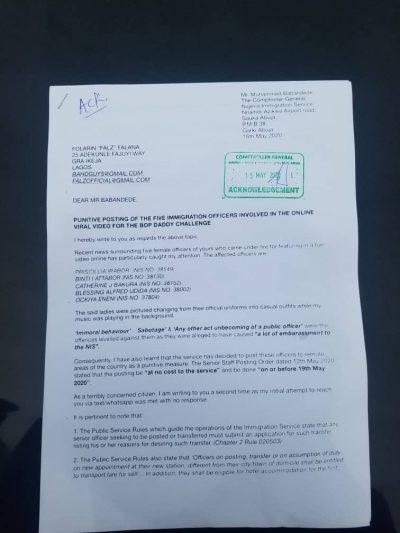