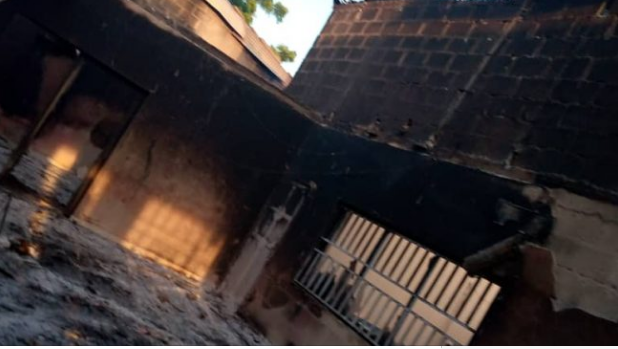 Thousands of people have been displaced in Gubio, a town in Borno state, following an attack by suspected Boko Haram insurgents. Sources said the insu

Thousands of people have been displaced in Gubio, a town in Borno state, following an attack by suspected Boko Haram insurgents. Sources said the insurgents invaded the town around 5pm on Wednesday. They were said to have shot sporadically and set many houses on fire.

A soldier from the army’s 5 brigade stationed in Damasak said that the insurgents have been around Gubio communities for at least three months as a result of the relocation of the brigade headquarters from the town.
“There is no soldier in Gubio, and that is why those guys moved in. They burnt the INEC office and some other houses. As I am speaking, troops have been reinforced from the brigade and now in face-off with the insurgents,” he said.

Jack Vince, a journalist resident in Maiduguri, Borno State corroborated the account of the soldier. He said the area had been without military presence and that was why it made easy for the insurgents to storm without any resistance.
“For about two weeks now no military post from Damasak on the border with Niger Republic to my community in Maiduguri, Magumeri, Kareto, Gubio and so on. Gubio was dislodged, soldiers ran to Damasak and Maiduguri leaving that wide expanse of land unguarded,” he said.

A source said that soldiers pulled out because the locals were not cooperating with them in fighting the insurgents.
“Thousands of people dislodged from Gubio have ran to the bush, trying to find their way to Maiduguri,” he said.

In May, the insurgents shot 11 villagers during an attack on Gundi village in Gubio.

Loading...
Newer Post
Many Nigerians arrested in one of the largest cases of fraud in US history
Older Post
Makinde gave me N15m to rebuild my radion station – Ayefele reveals