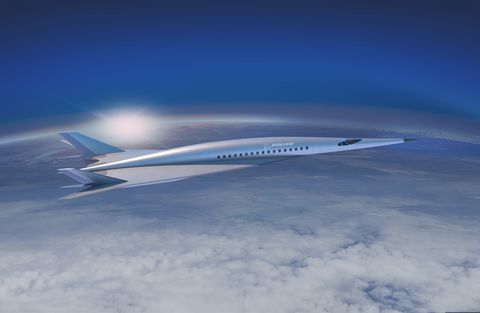 Boeing has unveiled a rendering of its first-ever design for a hypersonic passenger plane at an aerospace conference in Atlanta. While the idea and po

Boeing has unveiled a rendering of its first-ever design for a hypersonic passenger plane at an aerospace conference in Atlanta. While the idea and potential of the plane will generate plenty of buzz, this is a concept that is likely decades from being built.

The hypersonic passenger plane could, in theory, fly as fast as Mach 5, or just under 3,900 miles per hour. That would allow the plane to carry passengers between Los Angeles and Tokyo in roughly three hours. A flight from New York to London could be as quick as two hours. Right now, those flights take about 11 hours and 7 hours, respectively.

It’s a vision of the future that could someday jet people from the L.A. to Tokyo in just three hours or cut the time of a flight between New York and London down to just two.

Boeing CEO, Dennis Muilenburg is pushing the aerospace giant to explore the potential of ultra-fast passenger planes.
“I think in the next decade or two you’re going to see them become a reality. We see future innovations where you could connect around the world in about two hours,” Muilenburg told CNBC at the Paris Air Show last year.