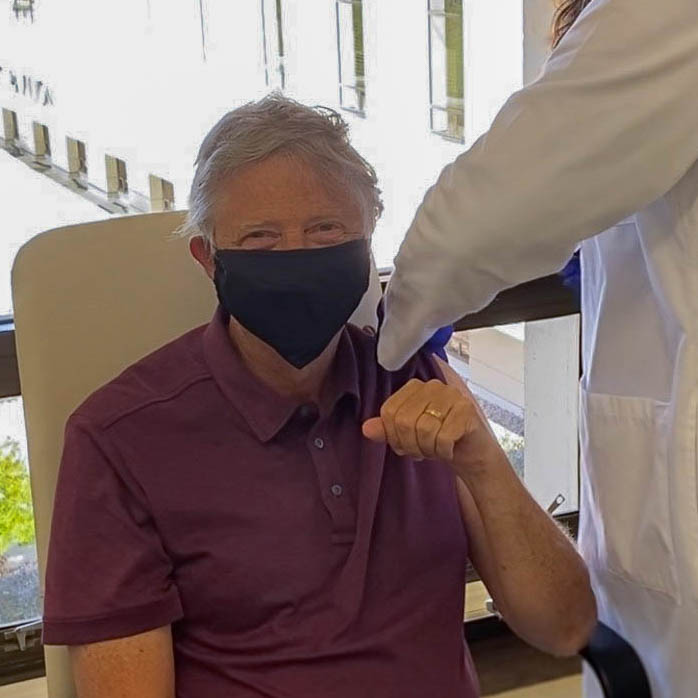 Microsoft founder, Bill Gates, an outspoken proponent for the science needed to combat the COVID-19 pandemic, has received his first dose of vaccine a

Microsoft founder, Bill Gates, an outspoken proponent for the science needed to combat the COVID-19 pandemic, has received his first dose of vaccine against the deadly virus. Masked up with his sleeve up in a photo he shared on Twitter Friday morning, Gates said he received the shot this week and that he feels great.

At age 65, Gates is eligible for the vaccine under Washington state’s Phase 1B tier 1 of vaccine distribution.

In his tweet, Gates thanked those who got us to this point — without thanking himself.

The billionaire philanthropist has been a leading advocate for a globally coordinated response to the pandemic since the early days of the crisis a year ago. The Bill and Melinda Gates Foundation has committed hundreds of millions of dollars in funding for COVID-19 initiatives, including vaccine development and distribution.

Gates, who warned about the possibility of such an outbreak years ago, spent much of 2020 speaking to anyone who would listen about the precautions people needed to take to stem the spread of the disease.

As development of vaccines proceeded at an unprecedented pace, disinformation around the treatments and Gates’ involvement also spread, fueled by social media conspiracy theorists seizing on heightened political polarization in the United States.

Melinda Gates said that the fact that she and her husband have been targeted pointed to fear and people who were looking to point to somebody or some thing or some institution. The Trump administration did not help with its politicization of vaccine development, she said.

Among the outlandish theories spread online, some said Gates had a hand in developing vaccines with a microchip that would be implanted into anyone who was injected.

Earlier this week, the Gatese tweeted their willingness to work with President Joe Biden’s administration on tackling America’s toughest challenges — including COVID-19.

Loading...
Newer Post
My son will be celebrated soon in Nigeria – Doyin Okupe says of gay son, Bolu
Older Post
Nigeria to spend N7.8 billion on Obasanjo, Jonathan, others in 2021