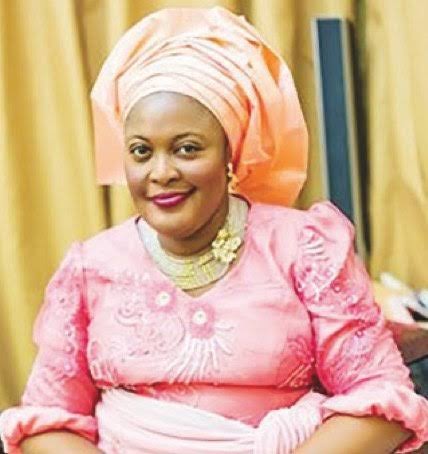 Bayelsa: Oshiomhole, Sylvia to be held responsible if anything happens to Odili – Wike

The Rivers state governor, Nyesom Wike says he will hold Adams Oshiomhole, national chairman of the All Progressives Congress (APC) and Timipre Sylva,

The Rivers state governor, Nyesom Wike says he will hold Adams Oshiomhole, national chairman of the All Progressives Congress (APC) and Timipre Sylva, minister of state for petroleum resources, responsible if anything happens to Mary Odili, a justice of the supreme court.

Odiili, wife of a former governor of Rivers state, had led the panel of justices who sacked David Lyon, candidate of the APC in the 2019 governorship election in Bayelsa state. Lyon had been declared winner, but was sacked by the apex court on the grounds that Biobarakuma Degi-Eriemienyo, his running mate, presented forged credentials to the Independent National Electoral Commission (INEC). Following the ruling, a group of protesters under the aegis of the Bayelsa APC Youth Vanguard for RealChange had led a protest to the Abuja residence of the judge on Tuesday in protest against the judgment.

Reacting in a communique issued on Wednesday, Paulinus Nsirim, the state’s commissioner for information, said “that the Rivers State Executive Council observed that the Federal Government seems not to show interest in the sponsored threats to the lives of Dr Peter Odili and members of his family. That the Rivers State Executive Council condemns the barricading of the residence of Dr Peter Odili at Maitama, Abuja by sponsored thugs of the All Progressives Congress (APC),” the communique read.

“That the Rivers State Executive Council wondered why Dr Peter Odili’s family should be singled out for the unwarranted attack, when the judgment that ousted David Lyon as Governor of Bayelsa State was a unanimous decision of a five-member panel of Supreme Court Justices. That Rivers State Government will hold Timipre Sylva and Adams Oshiomhole responsible if anything happens to Dr Peter Odili and members of his family.”

The Rivers government noted that in the past it has suffered unfavourable judicial pronouncement and never resorted to self-help. It added that the it will employ all legal means to protect Odili’s family, and Rivers indigene serving as judicial officers both at the federal and state level.

Meanwhile, the All Progressives Congress on Wednesday accused the opposition Peoples Democratic Party and the Rivers State Governor, Nyesom Wike, of sponsoring Tuesday’s protest at the residence of a Supreme Court Justice, Mary Odili to deceive unsuspecting members of the public.

He said, “The Rivers State Governor, Nyesom Wike, aside being the main financier of the PDP must explain his inexplicable interest in the governorship of Bayelsa State. The APC national leadership is already pursuing all legal avenues to contest the decision of the Independent National Electoral Commission to declare Duoye Diri as Bayelsa governor, having failed to meet the mandatory constitutional requirements to become the governor.”

In response, the National Publicity Secretary of the PDP, Kola Ologbodiyan, said, “The APC has lost all its bearings. It became a confused party that is leading a confused government.