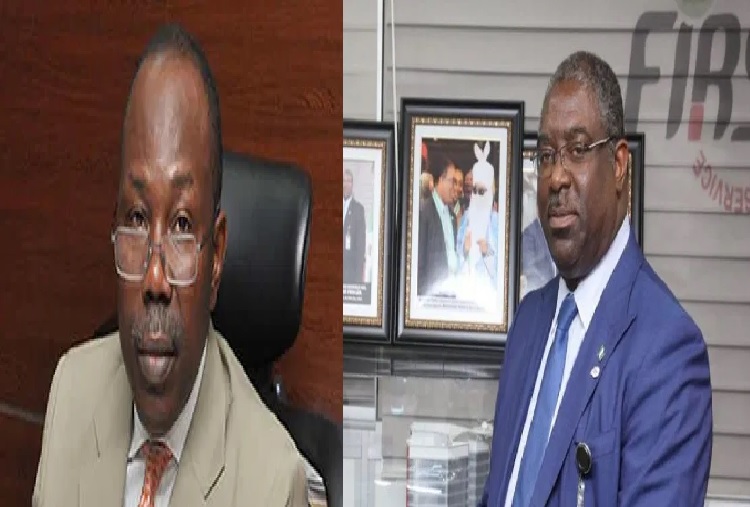 Banire reacts to his, Fowler’s sack by Buhari

The sacked national legal secretary of the All Progressives Congress, Dr Muiz Banire has reacted to his removal as chairman of Asset Management Corpor

The sacked national legal secretary of the All Progressives Congress, Dr Muiz Banire has reacted to his removal as chairman of Asset Management Corporation of Nigeria, AMCON by President Muhammadu Buhari. He also commented on the removal of Babatunde Fowler as chairman of the Federal Inland Revenue Service.

Banire who is away in the UK for an educational programme, said his disengagement was not a big deal as it was a part time job. Besides, he has an alternative address.
“My days in AMCON as chairman were dominated by pressure I gladly entertained with all sense of responsibility in order to be able to serve my people. While it had its enticing pomp of ‘Mr. Chairman’ appellation, it was a part-time service with only mandatory nine days of service in a whole year”, he wrote in a weekly column for the Sun newspaper, that was published today.

Continuing, he said, “In fact, as may be recalled, during the resistance to my nomination at inception, I clearly made this point that I am not jobless and, therefore, not in search of any appointment. I only owe the nation my service whenever called upon and I have the capacity to deliver. Having alternative contact address is the only thing that will make you comfortable as not to pander to enticing suggestions of unscrupulous elements who would justify their greed with you-profit-from-where-you-serve mentality and disposition.”

Interestingly, the senior advocate of Nigeria and former commissioner in Lagos for transportation and later environment for almost 11 years, did not mention the change in the statute of AMCON that was being cited as the reason for his removal. Sources say he was removed because the new AMCON Act stipulates that its chairman has to be a Deputy Governor of the CBN. Unfortunately, Banire is not.

About Fowler, he wrote: “My position on the Fowler issue was simply appreciation of his service and contributions to the nation. In my view, he cannot and must not have any regrets once he is convinced of having discharged his duty meritoriously. The grumbling from the supposed well-wishers underscores the problematic aspect of Nigerians as a people who see appointments into political offices as open sesame to riches and an opportunity for self-enrichment”.

While Banire was replaced by Edward Adamu, a former deputy governor of the Central Bank of Nigeria, Babatunde Fowler who wanted a tenure extension after the expiration of his tenure, was replaced by Muhammad Nami, a former member, Presidential Committee on Audit of Recovered Stolen Assets.