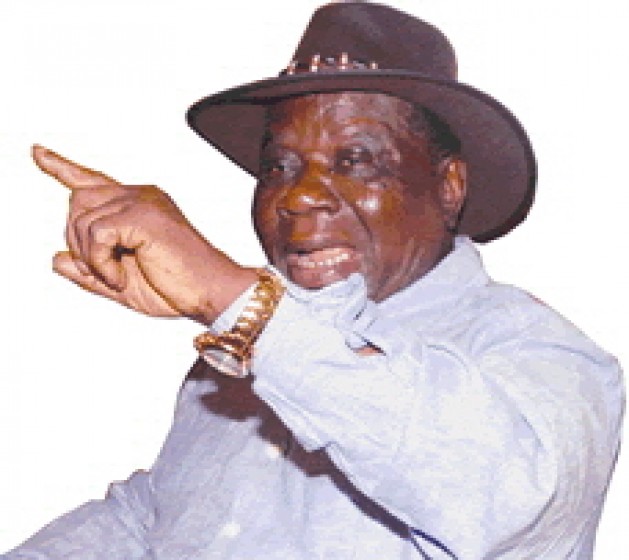 Impeach Buhari if he cannot deliver on security – Northern Elders Forum
Presidency has run out of ideas, always looking for excuses – NEF
North can survive without VAT from Southern states – NEF

Pan Niger Delta Forum on Thursday lambasted the Northern Elders Forum over its confession that it regretted that it “got rid” of then-President Goodluck Jonathan in the 2015 elections to vote in the incumbent, Major General Muhammadu Buhari (retd.).

PANDEF National Publicity Secretary, Ken Robinson, in an interview with The PUNCH, said it was too late for the Arewa group to lament its participation in the election of Buhari as President six years ago.

According to the group led by elder statesman and foremost Ijaw leader, Chief Edwin Clark, the northern elders instructed “child voters, bandits and killer herdsmen” to “get rid” of Jonathan, who is from Bayelsa State, South-South Nigeria and elect Buhari, who is from Katsina State, North-West, Nigeria.

PANDEF was reacting to a confession made by NEF Director of Publicity and Advocacy, Dr. Hakeem Baba-Ahmed, on Tuesday that the group regretted voting Jonathan out of power in 2015 because Buhari has disappointed millions of Nigerians including members of the All Progressives Congress who trusted in his leadership prior to the poll six years ago.

“So, what we need to do now is to get ready to elect another President who would go in the opposite direction, a President who has a vision and a clear idea of what governance involves rather than just being a President. So, I am disappointed and that is why today, I am actively involved in trying to see that a new leader emerges in getting Nigerians a new lease of life.”

In its reaction, the South-South group said, “Is Mr. Baba-Ahmed just getting to realise the horrible wrong the Buhari presidency has done to this country?

“Imagine the stupid arrogance, ‘we told people, ‘Get rid of Jonathan…”. Of course, they must have told the aliens; the killer herders, the bandits, and the child voters. That’s why Boko Haram-infested Borno State will produce a greater voter turnout than peaceful Lagos State. These same elements have now become their albatross, kidnapping and killing innocent citizens at will.”

PANDEF also said the North has been thriving on the disharmony among some Southern leaders but said that would no longer be the case now that the 17 Southern governors are speaking with one voice and are demanding a President from the South in 2023.

The group, unequivocally, said the Presidency must move to the South in 2023, adding that the north should apologise to Nigerians for the failures of Buhari six years so far.

“The only thing the North has been thriving on is the disunity of the South, now they are scared because of the solidarity being demonstrated by the Southern Governors.

“Let it be known to the deluded and unstable Hakeem Baba-Ahmed, and his cohorts, that the issue of the Presidency moving to the South in 2023 is non-negotiable. It is preposterous to even talk of another northern president in 2023, after eight years of a Northern presidency, a woeful one for that matter.

With the 2023 elections fast approaching and the clamour for power shift to the South, Jonathan, who has the legal right to one more term as Nigeria’s President as the constitution permits all eligible Nigerians to be in office for two terms of eight years, has been receiving entreaties from the APC.

Many APC chieftains have visited him in recent times, raising the stakes in permutations for the 2023 general elections.

Of late, with the wave of defections swinging in the direction of the ruling party, the National Secretary, APC Caretaker, and Extra-ordinary Convention Planning Committee, John Akpanudoedehe, said Jonathan would be given an opportunity to contest the 2023 presidency on APC platform if he chose to join the ruling party.

However, the former President has not declared any intention to contest in the forthcoming election.

Loading...
Newer Post
‘I was used’ – Lady in leaked audio with Prince Kpokpogri apologises to Tonto Dikeh
Older Post
I dumped you because of heavy smoking, drinking – Kpokpogri claps back at Tonto Dikeh