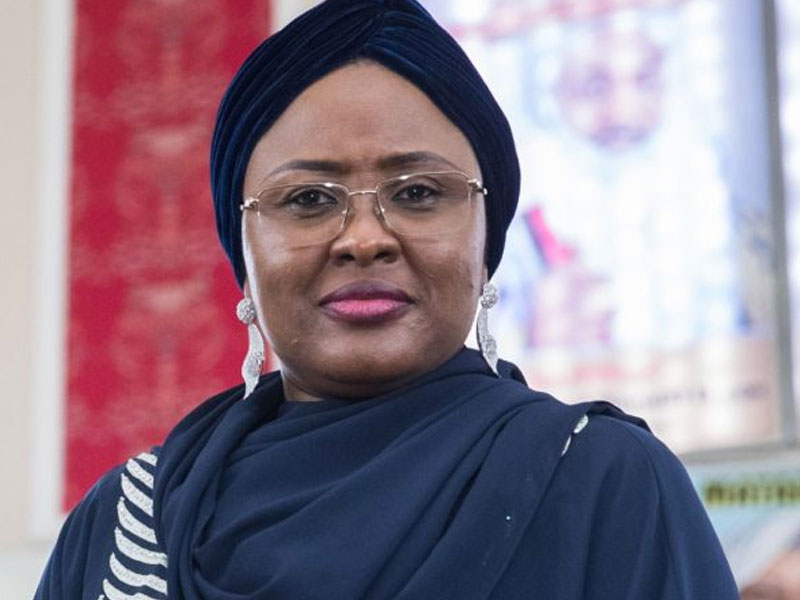 The first lady, Aisha Buhari has called for the regulation of social media, noting that China with about 1.3 billion people had done so, stressing tha

The first lady, Aisha Buhari has called for the regulation of social media, noting that China with about 1.3 billion people had done so, stressing that many people could not visit their villages on account of fake news broadcasts. She also berated state governors for failing to provide basic social amenities and infrastructure.

She said that things were getting out of hand, saying that her husband alone cannot handle the challenges facing the nation and admonished the political leaders to work together to bail the country of out of the challenges. She said, “On this issue of social media, you cannot just sit in the comfort of your house and tweet that the Vice President has resigned. It is a serious issue. If China can control over 1.3bn people on social media, I see no reason why Nigeria cannot attempt controlling only 180m people.”

However, the NSCIA President-General and the Sultan of Sokoto, Alhaji Muhammadu Sa’ad Abubakar III said the nation must come together to address its challenges, insisting that girl-child education and the Almajiri phenomenon must be addressed urgently. He also disagreed with the calls for social media regulation, stating that there were laws to deal with the abuse of the platforms.

“I have received so many calls on the need to regulate social media. In Nigeria, there are so many laws that can deal with this issue. Some people even proposed having a hate speech law. We must accept the outcome of whatever the people decided. After all, people voted for our political leaders. Let us listen to the voices of the people. It is important for us to do the wish of Nigerians,” the Sultan said.