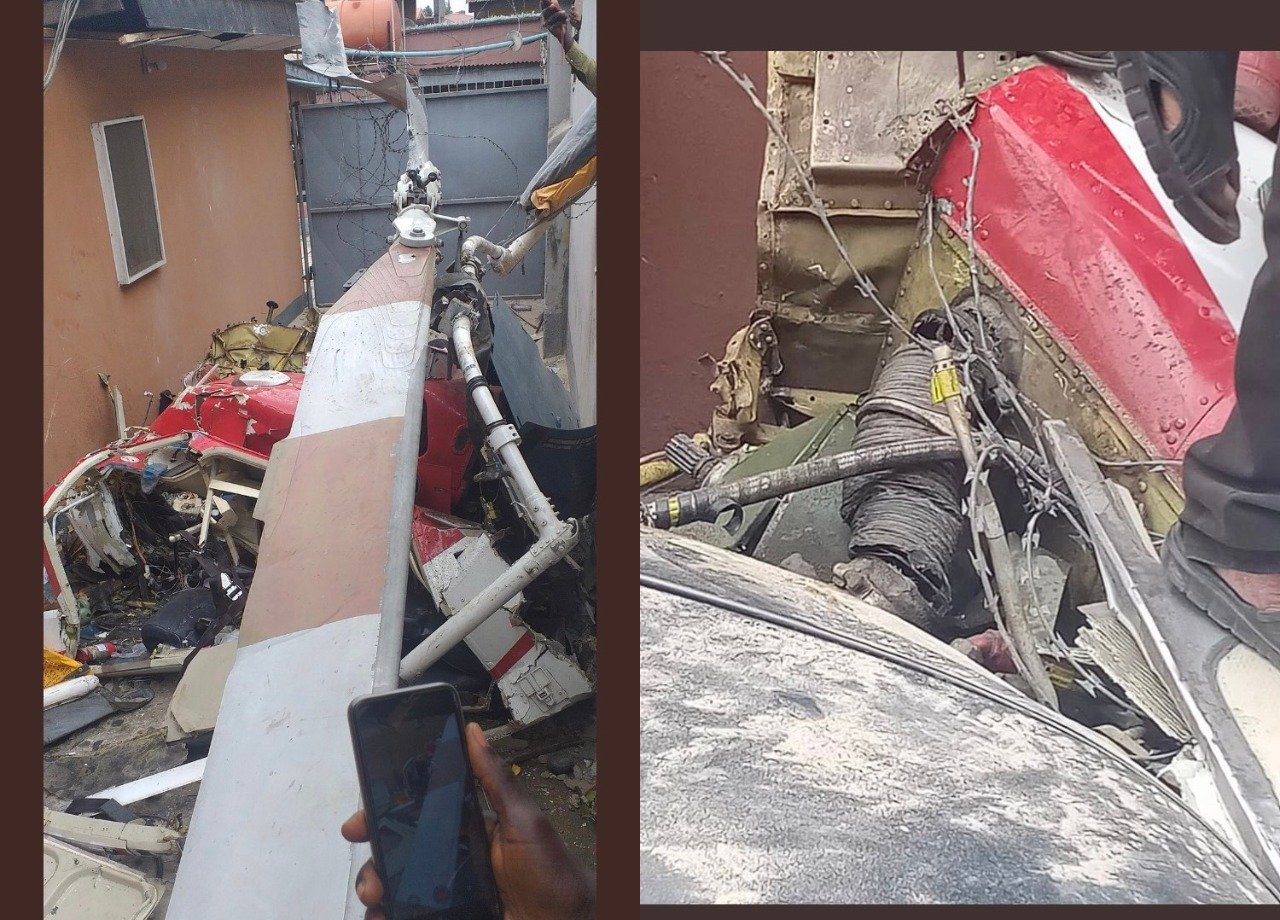 A preliminary report released by the Accident Investigation Bureau (AIB) about the crash involving the helicopter operated by Quorum Aviation Limited has shown that the helicopter had no fuel in its tanks after the crash.

The preliminary report, which was released on Monday, showed that although the chopper had a long-range extender fuel system, it did not have the capacity to dump fuel. According to the report, the chopper was refuelled to full capacity on August 27, a day before the crash.

“The helicopter engine started at 09:15h, took off at 09:20 h, and crashed at 12:14h. Post occurrence examination revealed that the fuel tanks were empty. The mast and main rotor blades were found intact during the post-crash inspection.”

The report also revealed that the pilot’s last medical examination was valid until August 6, 2020. The AIB said it did not find evidence that an application for the exemption provided by the All Operators’ Letter (AOL) DG02020 had been submitted to the Nigerian Civil Aviation Authority (NCAA).

The pilot’s last proficiency check was also reported to have been valid till August 24, 2020, and there was no evidence to show that an application for the exemption provided by the AIL DG018/ 20 had been submitted to the NCAA.

“The helicopter was not equipped with a flight data recorder or a cockpit voice recorder. Neither was required by the relevant aviation regulations but equipped with a Garmic GNC Global Positioning System,” the report read.

According to the AIB, the helicopter took off from Port Harcourt at 9.20am and was estimated to land in Lagos after two hours forty minutes. It crashed into a residential building in Ikeja at 12:14pm. The three persons aboard the helicopter died as a result of the crash.

Loading...
Newer Post
Members of a cabal were enriching themselves with payments, NNPC boss says of fuel subsidy payments
Older Post
What is left of APC is just respect for Buhari – Okorocha