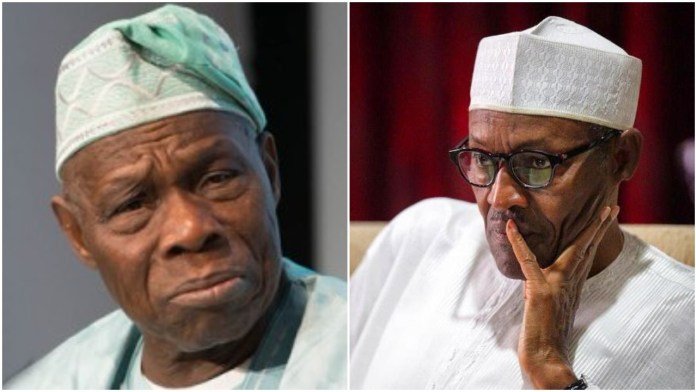 In another lengthy open letter to President Muhammadu Buhari, former president Olusegun Obasanjo said that Nigeria is on the precipice and dangerously

In another lengthy open letter to President Muhammadu Buhari, former president Olusegun Obasanjo said that Nigeria is on the precipice and dangerously reaching a tipping point where it may no longer be possible to hold danger at bay.

Obasanjo who said he intended to use the open letter to address weighty issues said, “I am constrained to write to you this open letter. I decided to make it an open letter because the issue is very weighty and must be greatly worrisome to all concerned Nigerians and that means all right-thinking Nigerians and those resident in Nigeria.”

Addressing the issue of security Obasanjo said, “The issue I am addressing here is very serious; it is the issue of life and death for all of us and for our dear country, Nigeria. This issue can no longer be ignored, treated with nonchalance, swept under the carpet or treated with cuddling gloves.

“The issue is hitting at the foundation of our existence as Nigerians and fast eroding the root of our Nigerian community. I am very much worried and afraid that we are on the precipice and dangerously reaching a tipping point where it may no longer be possible to hold danger at bay.

The former president revealed that he was worried about the state of insecurity in the country, having fought in the Nigerian civil war and also having a son, who is fighting Boko Haram. He said, “When people are desperate and feel that they cannot have confidence in the ability of government to provide security for their lives and properties, they will take recourse to anything and everything that can guarantee their security individually and collectively.

“For over ten years, for four of which you have been the captain of the ship, Boko Haram has menacingly ravaged the land and in spite of  government’s claim of victory over Boko Haram, the potency and the activities of Boko Haram, where they are active, remain undiminished, putting lie to government’s claim.”

Obasanjo waved aside the recent explanation of Major Gen Tukur Buratai, who said victory over Boko Haram had not been achieved as a result of lack of commitment and motivation on the part of troops. He said, “The recent explanation of the Chief of Army Staff for non-victory due to lack of commitment and lack of motivation on the part of troops bordering on sabotage speaks for itself. Say what you will, Boko Haram is still a daily issue of insecurity for those who are victimised,  killed, maimed, kidnapped, raped, sold into slavery and forced into marriage and for children forcibly recruited into  carrying bombs on them to detonate among crowds of people to cause maximum destructions and damage.”