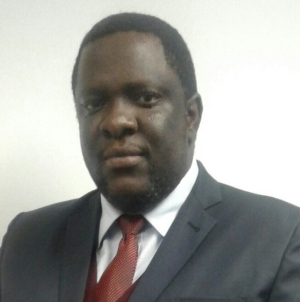 As Nigeria seeks ways to end the xenophobic attacks on Nigerians in South Africa, the Nigeria Union South Africa (NUSA), on Wednesday, announced the g

As Nigeria seeks ways to end the xenophobic attacks on Nigerians in South Africa, the Nigeria Union South Africa (NUSA), on Wednesday, announced the gruesome murder of another Nigerian. The union’s President, Adetola Olubajo, said the victim, 46-year-old Obinna Ayanele, hailed from Uruala, Ideato North Local Government Area (LGA) of Imo. He said Mr Ayanele was murdered by some criminals in his shop in Krugersdorp, Johannesburg, on Tuesday evening with the intention of robbing him of his money and wares.

“With deep sorrow in our hearts, the Nigeria Union South Africa (NUSA) regrets to announce the gruesome murder of another Nigerian, the late Stanley Ayanele from Uruala, Ideato North LGA, Imo, aged 46. Until his death, he was a small-scale business owner, a stockist of petty goods. Ayanele was accosted by some criminals at his shop in Krugersdorp, Johannesburg in the evening of August 20, 2019, robbed him of his money and wares and in the process, he was murdered in cold blood.’’

He said that according to a witness, three unknown men held him at gun point and robbed him of his valuables, including cash.
“He was brutally stabbed severally, and they smashed his head with a hammer thereby leaving him in a pool of his blood to bleed to death,’’ Mr Olubajo quoted the witness as saying.

He added that the murderers were at the verge of carting away the late Mr Obinna’s wares after he was robbed in the shop when community members contacted the South Africa Police Service (SAPS), Krugersdorp Cluster Station. Mr Olubajo said the SAPS crime team later arrested two of the criminals while the third one escaped. A manhunt was immediately constituted. He noted that the murder weapons were confiscated by the police and the remains of the deceased deposited at a government mortuary.

The union president said that a case of murder was immediately opened by the Nigeria Union Ward at the police station and the suspects were charged to court on August 21. He said NUSA urged Nigerians in Krugersdorp to remain calm and law-abiding since the matter had been charged to court, adding that the officer investigating the case had also promised to leave no stone unturned until justice was done.

The murder of Mr Ayanele came eight days after a meeting of the heads of Nigeria’s two missions in South Africa with the South Africa Police Minister Bheki Cele and top police officials in Pretoria on August 14, seeking ways to ensure peaceful co-existence between nationals of both countries.