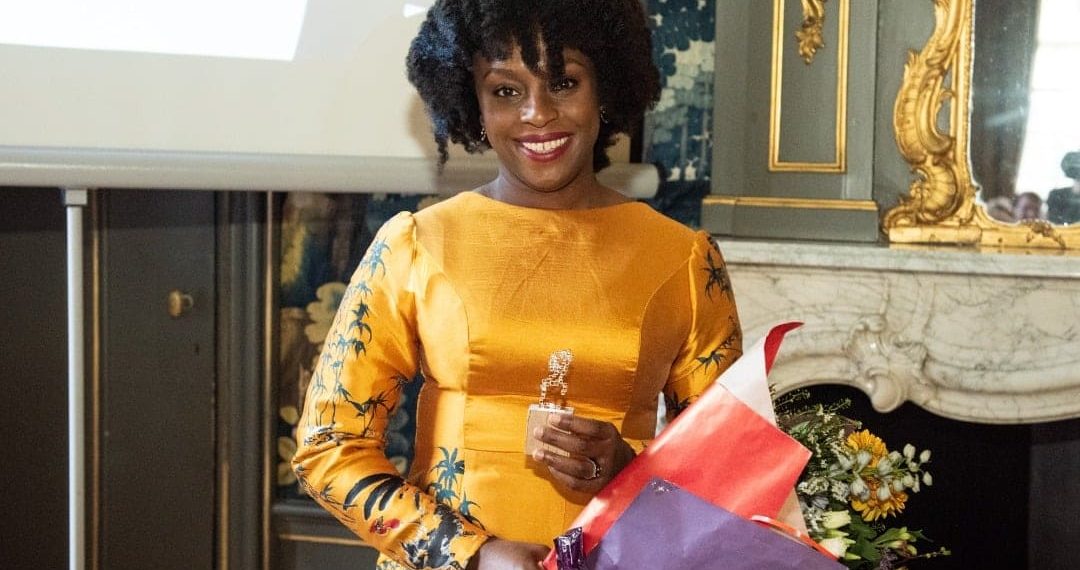 Chimamanda Ngozi Adichie has started the year 2020 from where she left off in 2019 by receiving another award. The award winning writer has become the

Chimamanda Ngozi Adichie has started the year 2020 from where she left off in 2019 by receiving another award. The award winning writer has become the first recipient of the Belle van Zuylen Ring, an honorary prize awarded by the International Literature Festival Utrecht (ILFU), Netherlands.

According to the organizers, she was awarded the prize for “her contribution to humanity through her literary works and her public engagements which have played huge roles in effecting change and a better understanding of issues such as identity and feminism.”

The jurors for the inaugural edition of the Belle van Zuylen Ring prize, in Netherlands, also noted that Adichie was deserving of the award “because of the unique way in which she knows how to represent and question the world of today and its ingrained thinking patterns.”
As part of the activities for the festival, Adichie also delivered a thought-provoking speech, had a conversation with renowned Dutch cultural historian and author, Nancy Jouwe; engaged with writers and literary minds from all around the world and signed autographs for teeming fans.
Adichie took to her Instagram page to express her delight at receiving the award saying, “Writer and Thinker Belle van Zuylen (1740-1805) famously said, ‘I have no talent for insubordination’. I am honored to receive a prize in her name” the award winning writer wrote.

In attendance at the Ring Ceremony were Councilor of Cultural Affairs in Utrecht, Anke Klein; and winners of the Utrecht Literary prizes.

The International Literature Festival Utrecht (ILFU) is an annual festival which embraces literature in all its forms. Multiple venues around the city play host to a number of literary themes. The festival was inaugurated after UNESCO appointed Utrecht as a city of literature in November of 2017.
Proudly Nigerian 112 Chimamanda Ngozi-Adichie 1 Writer 1